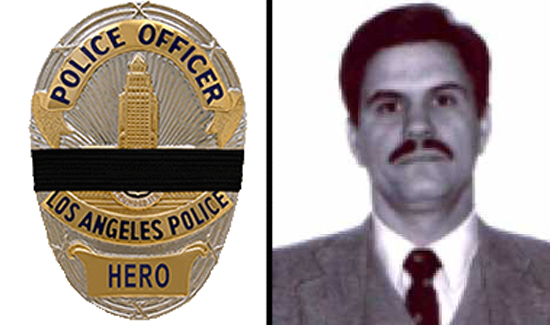 By the Association of Deputy District Attorneys (ADDA) Board of Directors

The headlong rush to empty California prisons of dangerous criminals who are serving life sentences has unfortunately received scant coverage by the media. Most people would be horrified to know that a record 902 “lifers” were granted parole this past year, far surpassing the numbers released in prior years.

A case in point is Voltaire Alphonse Williams, who played a central role in the brutal 1985 murder of LAPD detective Thomas Williams (no relation) in front of his young son. The goal of this assassination was to stop Detective Williams from testifying in a robbery trial. As reported in detail in a piece by Arnold Friedman in LA Observed, Williams was granted parole on Aug. 4.

Detective Williams had just picked up his six year-old son from school and was about to get into his truck when a gunman approached and unloaded 18 rounds at them. Williams only had time to tell his son to duck before being struck eight times. He was killed instantly; his son miraculously escaped unharmed.

Law enforcement groups around the state, led by the Los Angeles Police Protective League, lobbied tirelessly for Williams to remain behind bars. Their efforts appeared to have paid off. In 2014, a parole board denied parole to Williams, ruling he would not be allowed to apply again until 2017.

But this month, the parole board, on its own, suddenly granted Williams parole. There was no change in circumstances from last year, when Williams was told to wait three years to reapply. The reason for the board’s incomprehensible decision appears to be nothing more than a simple desire to empty prisons. The magnitude of the crime, and the devastation it inflicted on Detective Williams’ family appear to be just footnotes in a move designed to free up a prison bed.

This is a parole that should NEVER have been granted. The murder of Detective Williams was a direct assault on the criminal justice system, undertaken for the sole purpose of trying to ensure that a person would not stand trial for or be convicted of a violent robbery. The justice system is ill served by the board’s inexplicable and unjustifiable reversal of course.

Why is Williams fit for parole now, when he wasn’t a year ago? How many of the 902 “lifers” who committed horrific crimes of their own were granted parole because their crimes occurred long ago and weren’t in the headlines? On what criteria is the parole board basing its flip-flops?

The Los Angeles City Council was right in 2011 when it passed a resolution to oppose the release of Williams. Today we call on Governor Brown to fix a travesty of justice by reversing the parole board’s decision. If you want to contact the Governor directly, CLICK HERE and reference Voltaire Williams, CDC number E17796.