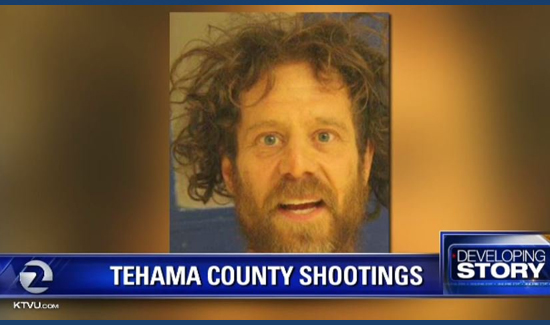 The mother of the gunman who killed at least four people and wounded at 14 others, including two children, in Northern California on Tuesday shared some information that could explain her son’s state of mind before the shooting spree.

In a phone interview with the Associated Press, the woman, who identified herself only as Annie, revealed that her son had been feeling frustrated by an ongoing feud with his neighbors.

She said her son sounded desperate over his relationship with his neighbors, who he said were cooking meth and creating fumes that were harming his nine dogs.

“I’m on a cliff and there’s nowhere to go,” he reportedly told his mother about the situation.

The first two people killed were the shooter’s neighbors.

A day before opening fire Tuesday at multiple “random” locations near Rancho Tehama Elementary School, the shooter called his mother and said “it’s all over now,” the AP reported.

The school is located in Rancho Tehama Reserve, an unincorporated area in Tehama County, about 100 miles north of Sacramento.

Annie also said she posted the $160,000 bail for her son in January after he was charged with stabbing one of the neighbors.

She said that her son was charged with the assault and that he told her he had grabbed a steak knife out of the hand of the neighbor, who was threatening him with it. The neighbor was slightly injured, the mother said.

Although police have declined to identify the shooter, they confirmed it was the same man who was charged in the January assault. The district attorney, Gregg Cohen, told the Sacramento Bee he is prosecuting a man named Kevin Neal in that case.

Annie told the AP she was unaware of her son being involved in Tuesday’s shooting until an AP reporter contacted her.

Police were also called to the shooter’s home a day before the shootings on a domestic violence call but no other details on the matter were available.

The shooter tried to access rooms at an elementary school early Tuesday to shoot more kids as part of a “bizarre and murderous rampage,” police said at a news conference Tuesday night.

The shooter was killed by police after he opened fire.

Tehama County Assistant Sheriff Phil Johnston said that one of the victims was the woman who had been stabbed in the January attack.

School officials heard shots being fired about a quarter-mile away and the school went into lockdown mode, Johnston said. He added the incident “could have been much worse if it wasn’t for the quick thinking” of the school’s staff, who put the school in immediate lockdown mode without instruction from police.