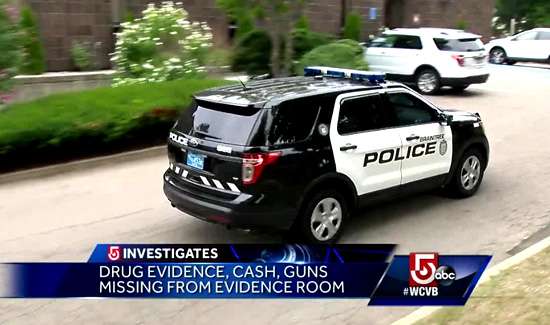 Via the OC Register:

Law enforcement officers must lock up their guns left in unattended vehicles or face fines of $1,000, under a bill signed Monday by Gov. Jerry Brown.

The new law – which had been in the works for months and puts officers in the same camp as civilians in storing weapons – came a day after a Register investigation found that at least 329 police firearms were reported lost or stolen from Southern California law enforcement agencies during the past five years.

Theft accounted for about one-third of the missing guns, and many of the thefts came because officers left weapons unattended in, or on top of, vehicles.

An earlier analysis by the Bay Area News Group, the Register’s sister publications in the San Francisco Bay Area, found that 944 police guns were gone from police agencies in that region.

State Sen. Jerry Hill, D-San Mateo, who authored the bill, credited the two investigations with pointing out the flaws in the system. He also said the investigations have prompted him to explore another bill next year that would force law enforcement agencies to track their missing weaponry.

There is no law requiring police agencies to audit their firearms, tracking which officers or units within a department are connected to specific guns.

“I think the public will be safer” with the increased scrutiny, Hill said Monday.

Back to “only arm criminals” laws.