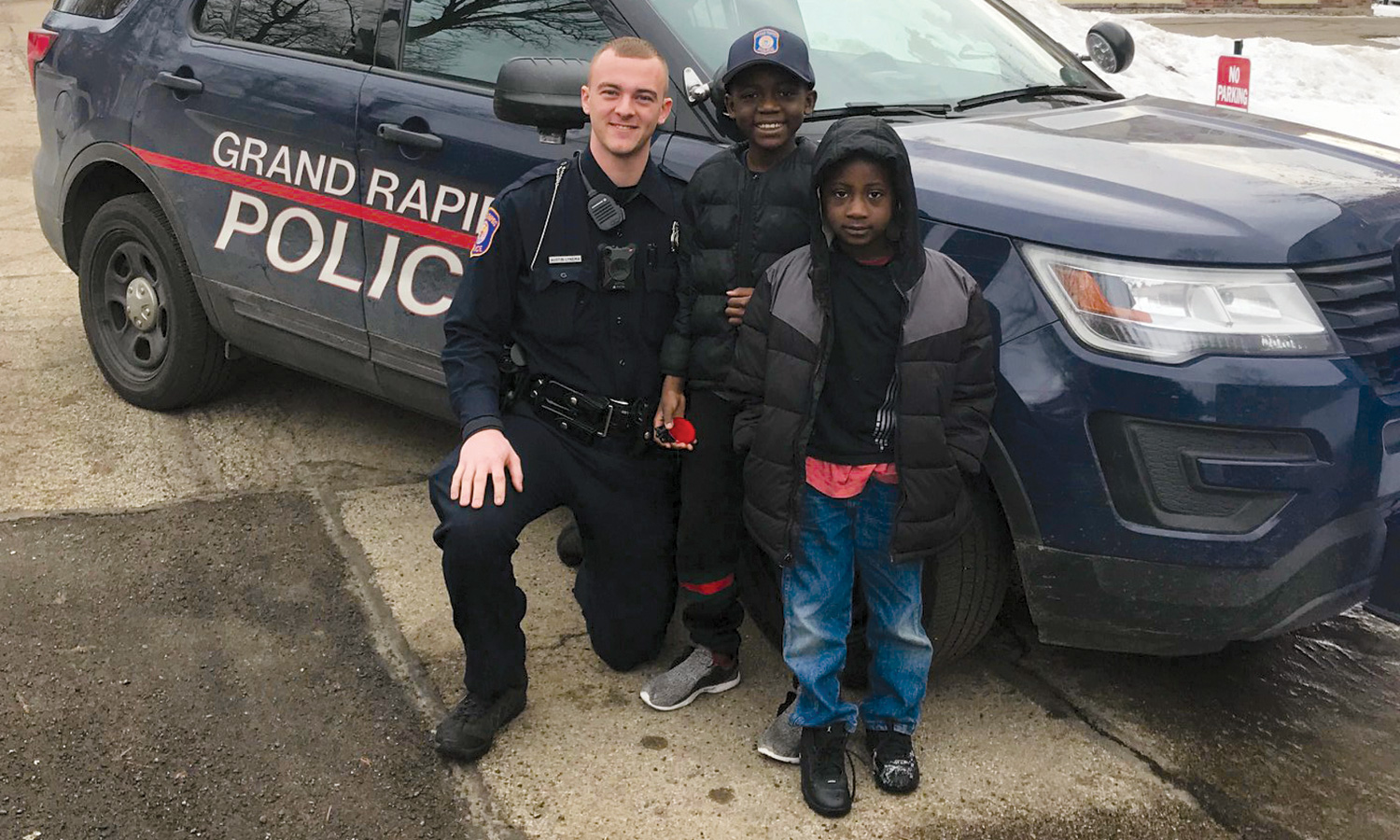 Some people might not be too happy to have the cops show up at their party unexpectedly. But for 9-year-old Thomas Daniel, it was just what he needed.

Daniel first made friends with the police on a morning when everything seemed to be going wrong. Officer Austin Lynema happened to spot the young boy trying to flag down his school bus as it pulled away from the bus stop.

“I was sad I missed the bus,” Daniel later told a reporter with MLive. “I just wanted to go to school. I started crying when it drove away.”

“I saw him running down the sidewalk trying to chase his bus; he was in tears,” Lynema recalled. “I tried to stop his school bus for him. He informed me he never missed a day of school. I wanted to make sure I could help him as much as I could.”

Learning that Daniel’s mother didn’t have a car, Lynema walked the distraught child home and asked for her permission to give him a ride to school. Along the way, Daniel confided that it was his ninth birthday and he was having a party later, but he had been bullied and was afraid none of his classmates would show up. Poignantly, he invited Lynema to come to the party. The officer accepted, and also made sure to activate his police car’s lights and sirens to give the boy a grand entrance as they arrived at the school.

Unfortunately, Daniel’s fears came true: When Lynema showed up for the party, only the boy’s siblings were there — and there wasn’t even a cake.

“When Austin came over, no one was at my birthday party because everybody had to go somewhere … to their friends’ houses to play,” Daniel remembered. “I just love Austin, because he’s the coolest guy I’ve ever met in my life.”

Lynema must have felt similarly about Daniel, because he decided to call in some backup to give the child the celebration he deserved. He got a group of his fellow officers together to surprise Daniel with a second party when he came home from school the next day. They brought a “cake” made of Krispy Kreme doughnuts, gave him presents and serenaded him with “Happy Birthday.” Their generosity turned what might have been a childhood trauma — the classic nightmare of your peers ignoring your birthday — into a memorable triumph.

“He never lets kids down; he’s a hero,” Daniel said to MLive about his new friend Lynema. “I’ll never forget this until the day I die.”

“No kid should get bullied, and no kid should worry if anyone will come to the party,” the Grand Rapids Police Department concluded on Facebook. “Next year, Thomas Daniel, make sure you drop us that invite a little sooner. We wouldn’t want to miss it!”