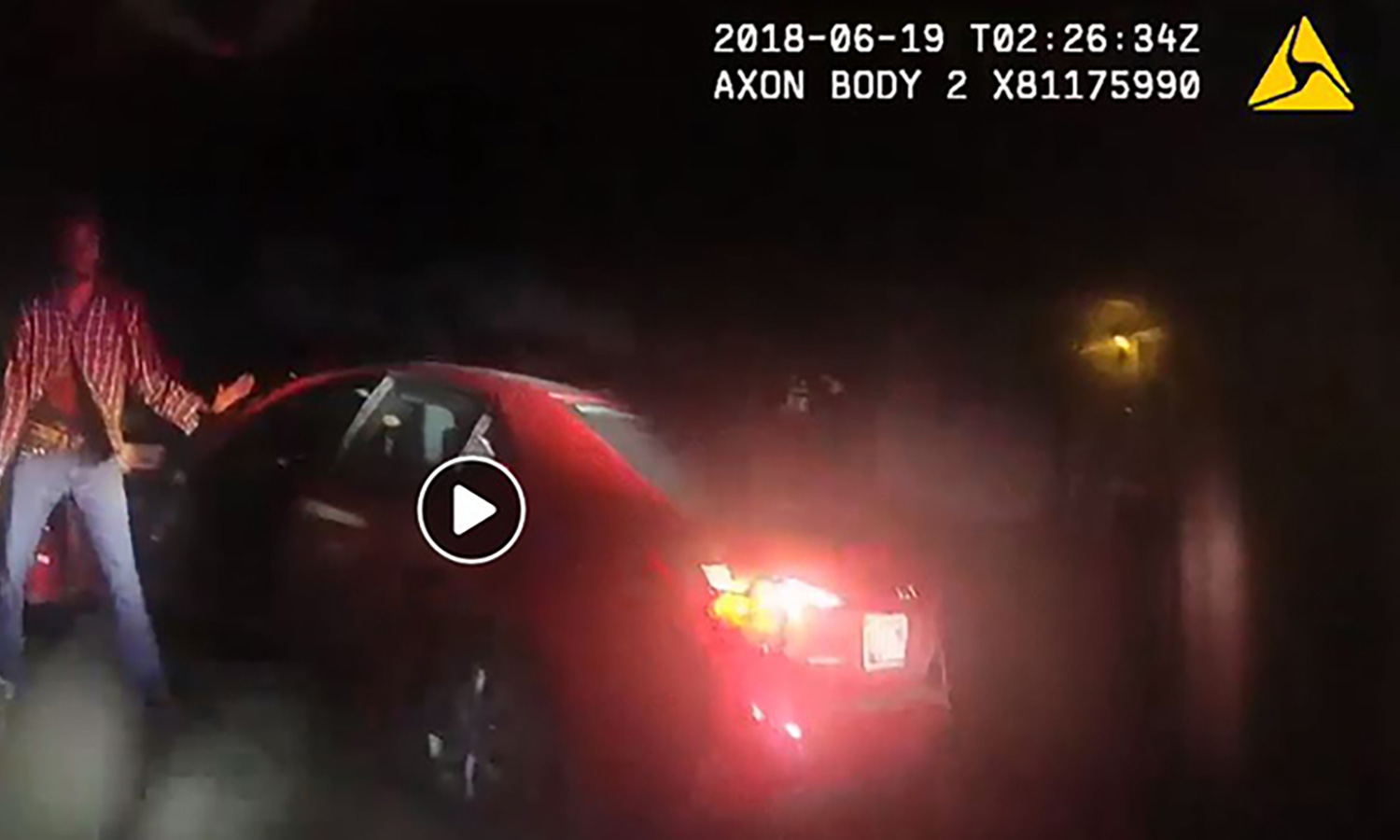 In just one day online, the shocking body cam video released by Calvert County Sherriff’s office has been viewed 60,000 times.

The June 18 traffic stop begins as normal but becomes alarming in a matter of seconds, as a driver stopped by the officer comes out of the car with a gun in his hand.

Calvert County Sheriff’s Office says in their post of the video on Facebook: The driver “opened the driver’s side door with one hand and kept his other hand concealed behind his back. When asked what was behind his back he chambered a round and produced a 9mm handgun. The deputy drew his handgun, sought cover, and began to give verbal commands.”

If the Officer had used his post-mount spotlight and trained/aim the beam at the drivers head, this would give him cover and “blind” the driver!