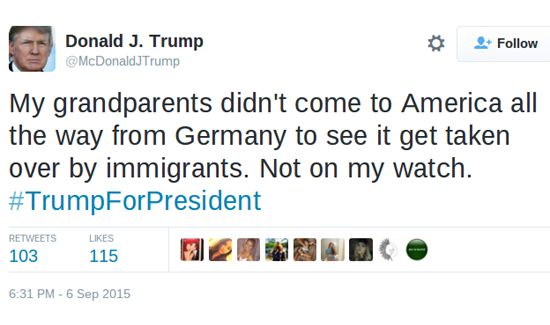 It’s amazing how often a bunch of seemingly smart people sitting around a table trying to come up with a name for their organization pick the wrong name.

Everyone will be patting each other on the back after coming up with the National Association of Master Ballistics Legal Affairs before someone Googles “N.A.M.B.L.A.”

For instance, the The Royal Newfoundland Constabulary (Canadian police department) has the initials RNC.

Most of the time, that creates zero confusion.

But every four years, it’s a problem.

Throw Trump and his hardcore fans into the mix and you’ve got a communications breakdown.

Anyway, there’s a lot of cops in Canada that want to make it clear that they have jack-squat to do with the Republican National Convention.