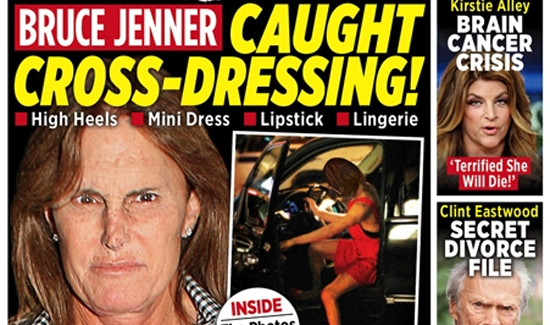 A long time ago, Bruce Jenner was a spectacular Olympic athlete. His formerly human face even graced the iconic Wheaties cereal box and young people looked up to him.

But things, as they sometimes do, have gotten weird for the gold-medal-winning decathlete. Plastic surgery has forever changed his rugged good looks, and members of his fame-obsessed stepfamily are busy posing nude and explaining what his son-in-law Kanye West meant when he said, “I am a God.”

All of this can’t be easy for Bruce. After all, he’s kind of like an advertisement for the on-ramp to the apocalypse.

Maybe the stress from all the rumors that he’s about to undergo a sex-change operation and looking at his stepkids’ boobs plastered all over the place has the guy stressed out. And you shouldn’t drive when you’re stressed.

According to the always classy TMZ, Los Angeles police want to take a look at his cell phone to see if he was texting when he slammed into another car recently.