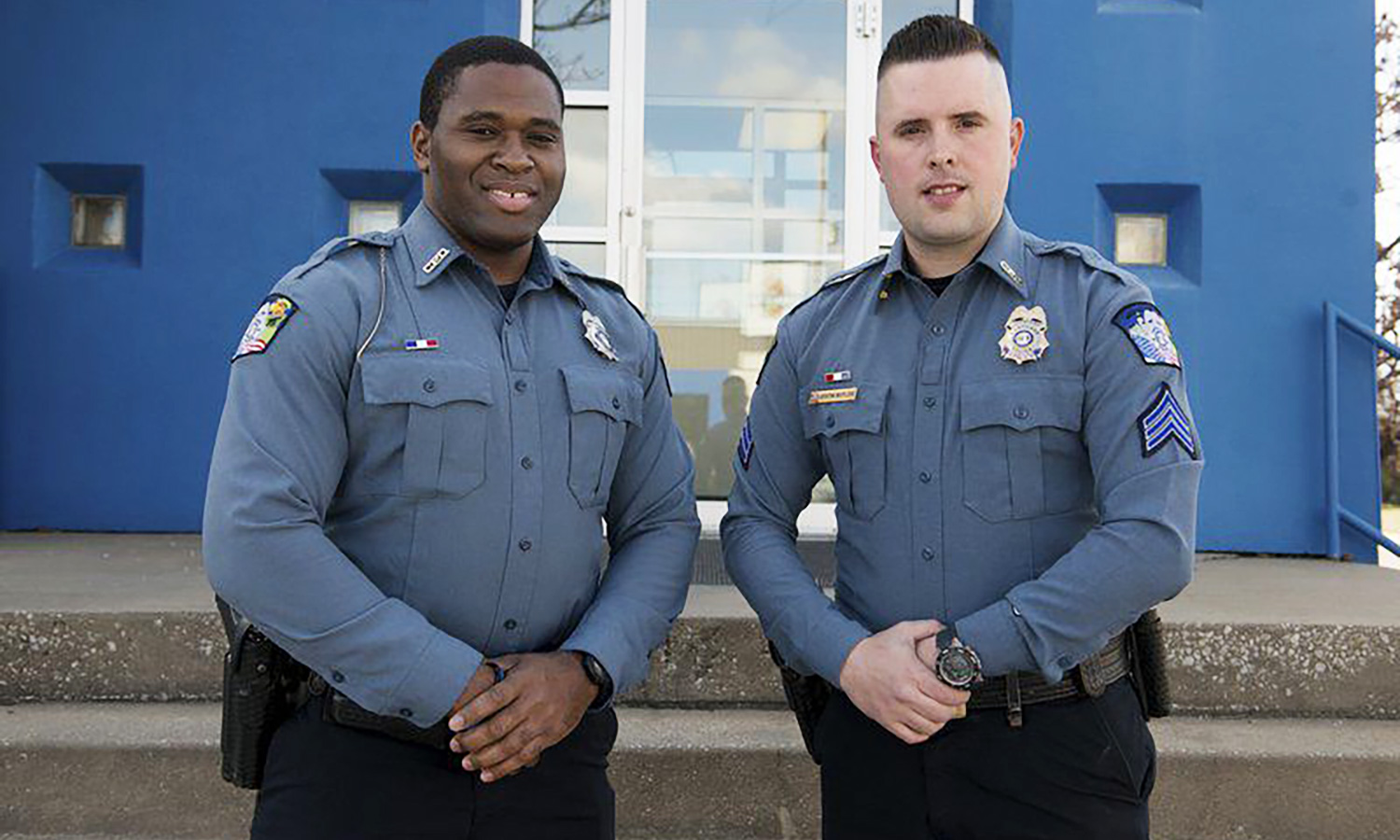 CARTHAGE, Mo. — It only took one month for the Carthage Police Department to get use out of its newly acquired tourniquets, which earned two officers the department’s first-ever Life Saving Awards.

It was about 10 a.m. on an early January day when Sgt. Justin Butler and Officer Marcus Wicks were called to respond to an incident involving a gunshot. When they arrived on scene, they found a man with a self-inflicted gunshot wound in the upper thigh.

“As soon as the call came out, the first thing I thought was ‘tourniquet,’” Butler said. “Once we established it was an accidental wound, we jumped right into action. It was a split-second decision.”

It was later determined that the tourniquet application is what saved the man’s life. Butler and Wicks were fortunate to have the tourniquets at their disposal, as they were just purchased for the department in December.

Police Chief Greg Dagnan said the tourniquets were paid for with an annual donation to the department and are typically thought of as tools for officers to use on themselves or other officers in combat situations.

“We thought the tourniquets would be a smart addition to our department, and they were,” Dagnan said. “Had it not been for this new tool and the quick actions of Sgt. Butler and Officer Wicks, that person likely would have bled out.”

Wicks and Butler are the first two officers to receive the Life Saving Award, a new commendation for which Dagnan said the department is still developing an official policy. The officers were presented the awards at a city council meeting two weeks ago.

“There are some specific criteria for the award we need to work through, but we didn’t want to pass up the opportunity to recognize these officers,” Dagnan said.

Butler, 32, is a 14-year veteran of the department who started as an animal control officer. A Carthage native, he decided to pursue a career in law enforcement after volunteering with Katrina recovery efforts in 2005.

“That experience ignited a fire in me to want to go out and help the community,” Butler said. “After I came back, I knew exactly what the next step was for me. I actually wanted to be a firefighter, but I was recruited by the police captain at the time to join the department.”

Wicks, 27, grew up in Kansas City and attended Missouri Southern State University, where he earned his criminal justice degree. He joined the Carthage Police Department about a year and a half ago, his first job on a police force.

“I like being in the community and being that person that people can go to for help,” Wicks said. “It’s a fulfilling job, and I love working here.”

Wicks and Butler now don a red, white and blue pin above their right breast pocket to signify the recognition.

“It means a lot to me to earn this,” Wicks said. “It’s gratifying to know that I was able to use my training and save someone’s life.”

“It’s not something necessarily that someone might want to try and achieve, but it’s an honor to receive it,” Butler added. “I’m glad to work for an agency that can provide us tools to do our job more effectively.”