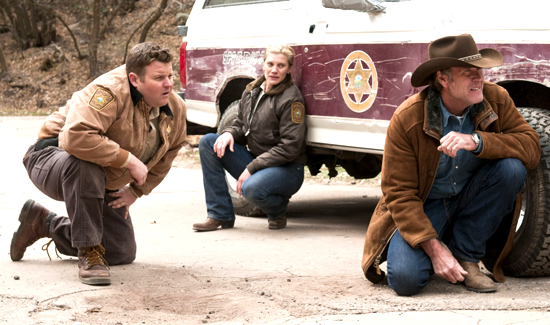 To some so-called “stand your ground” laws make perfect sense. What grown man needs to call 911 when you can just shoot and kill the guy that’s threatening you (or that you thought was threatening you) legally?

These politically popular laws do come with some baggage though. States that have passed expansive “stand your ground” laws (a more liberal interpretation of the Castle Doctrine) have seen rates of justifiable homicides increase.

In Wyoming lawmakers want to pass a “stand your ground” law so extreme that it could radically reduce the number of murders that police can actually investigate.

The bill, as written, is crazy and insane. It would give anyone who claimed to have acted in self-defense immunity from arrest and prosecution.

The Casper Star Tribune has the story:

“Wyoming Association of Sheriffs and Chiefs of Police Executive Director Byron Oedekoven said his organization was concerned about the provision. He described an officer showing up at a bar parking lot at 3 a.m. after a fight between two motorcycle gangs during which someone has been killed. If the “stand your ground” bill passed, a suspect who pleaded self-defense might be able to walk away prior to an investigation being conducted.

“One of them says, ‘He came at me with a (weapon),’ Oedekoven said. “My officer is going to have to say, ‘Now that kind of sounds like defensive force, so right off the bat I’m in some trouble because by statute I’m not supposed to arrest him.’” In the next issue of APB we’ve got a piece about police officers claiming self-defense using Stand your ground laws in cases where cops get charged with crimes.

So it looks like in at least one state in The Land of the Free might actually make it illegal for cops to conduct homicide investigations.