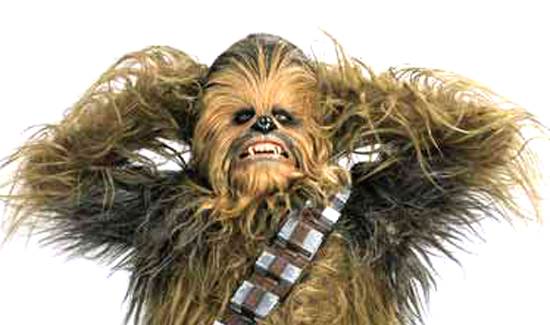 American politics and entertainment have long been intertwined.

Remember when the good people of California elected an Austrian-born action movie star its governor? Then there was Senator Fred Grandy of Iowa, perhaps better known as the wacky cruise ship purser Gopher on “The Love Boat.” And, of course, that Hollywood actor who spent eight years of the 1980s in the White House playing our nation’s real-life Commander in Chief.

Most recently, it’s Ukraine that’s taken a bite of the crazy cake.

In that currently unstable nation, Darth Vader is running for office.

Or at least a guy in a costume is trying to get on the ballot.

And he brought Chewbacca, which makes no sense, but we’re talking about Star Wars characters getting arrested during the Ukrainian election season, so go figure.

Anyway, there’s footage of the cops struggling to get the cuffs on the Wookiee.