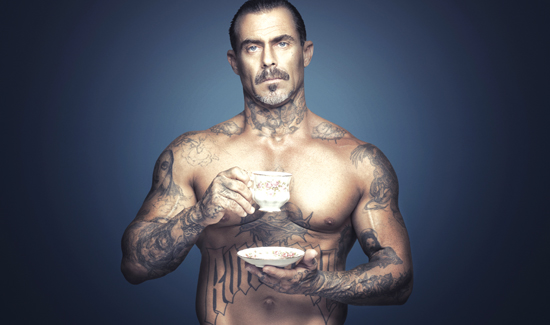 Three Chicago police officers have filed a federal lawsuit against the department, saying that the new policies regarding tattoos violate the First Amendment rights of law enforcement officers.

The officers who have joined the lawsuit are former military personnel and have visible tattoos on their arms.

The lawsuit claims that a new policy requiring officers to cover up visible tattoos while in uniform are a violation of their First Amendment rights to freedom of speech and expression.

The city of Chicago is named as the sole defendant.

Under the new policy, tattoos and body brandings cannot be visible on officers “while on duty or representing the department, whether in uniform, conservative business attire, or casual dress.”

According to the Chicago Tribune, the policy stipulates that tattoos on the hands, face, neck and other areas not covered by clothing must be covered with “matching skin tone adhesive bandage or tattoo cover-up tape.”

One of the plaintiffs in the lawsuit is Officer Daniel Medici, a nine-year veteran of the department. A former Marine, he has a tattoo that honors his service in the Marine Corps.

The two other plaintiffs, Officers John Kukielka and Dennis Leet, each have a religious tattoo of St. Michael, the patron and protector of lots of groups, including police officers, sailors, paratroopers and others.

Medici also has a religious tattoo.

Leet and Kukielka both served in the Air Force.

Lawyers for the officers say that officers who would be forced to wear extra clothing or bandages to cover tattoos get so hot on warm or hot days that they suffer from skin irritation and discomfort.

Shortly before the new appearance policies took effect, a department spokeswoman issued a brief statement saying the changes to the uniform policy were “to promote uniformity and professionalism.”

The department’s largest union, which represents rank-and-file officers, immediately jumped into action. The F.O.P. says the department should have negotiated the changes before making any announcement.

The Fraternal Order of Police has also filed a formal complaint with the Illinois Labor Relations Board charging that the revisions to the uniform policy violate their collective bargaining agreement.

Many officers who spoke with reporters said their tattoos are part of who they are, even more than their uniforms.

This article originally appeared in the August issue of American Police Beat. CLICK HERE to subscribe—receive 12 issues for just $12.