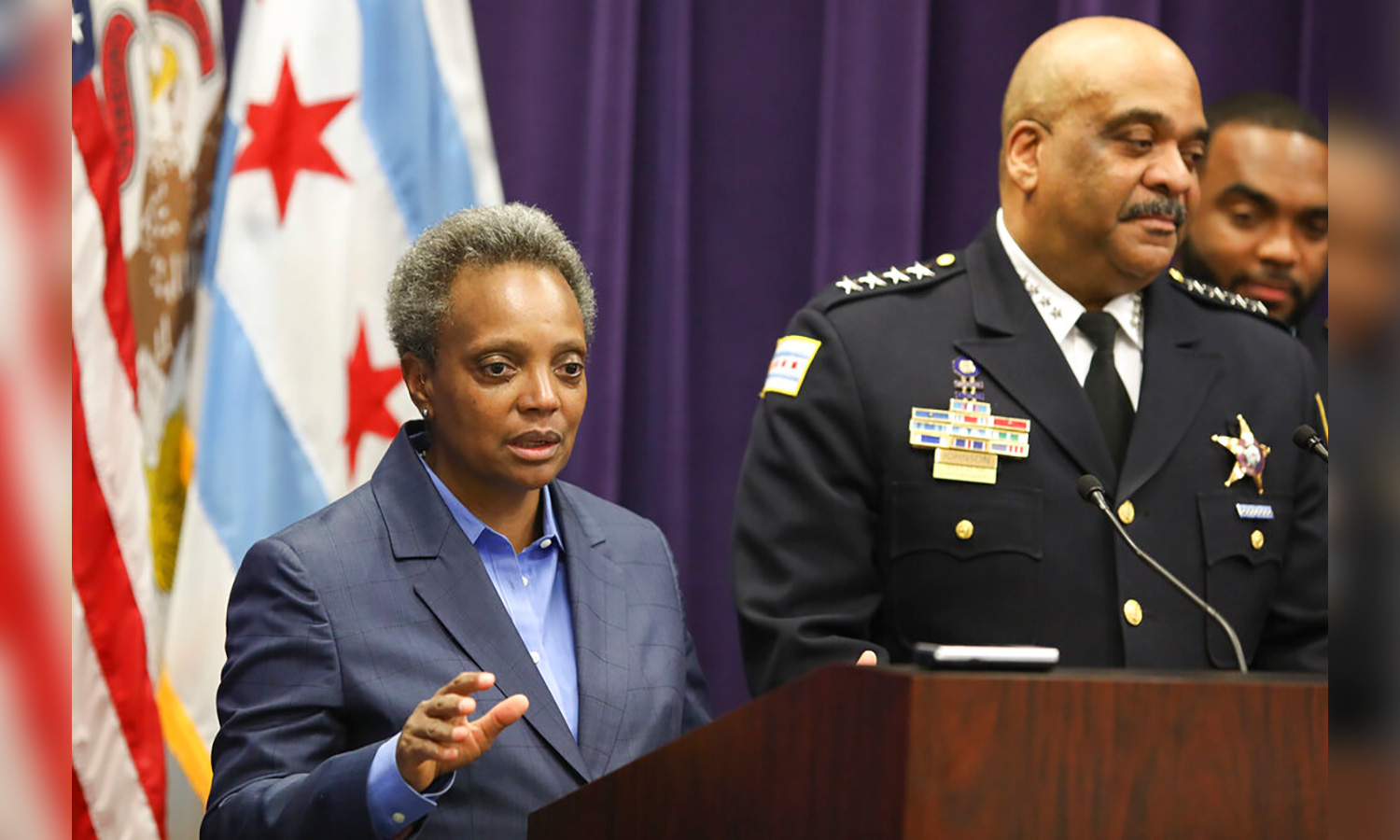 Chicago Mayor Lori Lightfoot said Johnson “was intentionally dishonest with me” following an incident in October.

Chicago Police Superintendent Eddie Johnson was unexpectedly fired Monday just weeks before he was set to retire, ending a rocky, three-year tenure as head of a department marked by controversial police shootings, court-supervised reforms and its handling of high-profile arrests.

But in announcing his firing, Mayor Lori Lightfoot suggested it was Johnson’s personal failures when he was found asleep behind the wheel of his car on Oct. 17 and for what he told investigators that played into the decision to end his employment.

“Upon a thorough review of the materials of the Inspector General’s ongoing investigation, it has become clear that Mr. Johnson engaged in a series of ethical lapses that are intolerable,” Lightfoot said in a statement ahead of a news conference in which she rebuked Johnson for his conduct.

“Eddie Johnson intentionally lied to me several times even when I challenged him about the narrative that he shared with me,” she later said. “He maintained that he was telling the truth. I now know definitively that he was not.”

Lightfoot’s scathing statements come nearly a month after Johnson, 60, said he planned to retire at the end of the year from the nation’s second-largest municipal police force, a department where he began his career as a patrol officer in 1988.

Chicago police said a driver had called 911 to report Johnson slumped behind his steering wheel after midnight near his home. A breathalyzer test was not administered at the scene, but according to the Chicago Sun-Times, Lightfoot said Johnson had told her that he had “a couple of drinks with dinner” before the incident.

“This job has taken its toll — taken a toll on my health, my family, my friends,” Johnson said during a news conference announcing his retirement. “But my integrity has remained intact.”

Lightfoot also seemed supportive of Johnson at the time, telling reporters, “These stars can sometimes feel like carrying the weight of the world.”

But at a news conference Monday, the mayor pilloried Johnson, saying he misled the residents of Chicago and let down the 13,400 officers and department staff he was in charge of leading.

Lightfoot declined to give specifics about what Johnson supposedly did to make her lose trust in him, adding, “I don’t feel like it is appropriate or fair to Mr. Johnson’s wife or children to do so at this time.” But she said she reviewed the inspector general’s report and videotape evidence, which “makes it clear that the only choice that I had to take was the one that I’ve taken. There’s no gray area here.”

Lightfoot added that officers “deserve a leader who they can believe in,” and said she has confidence in former Los Angeles Police Chief Charlie Beck, who she previously announced would take over as interim superintendent following Johnson’s retirement.

Johnson could not immediately be reached for comment Monday.