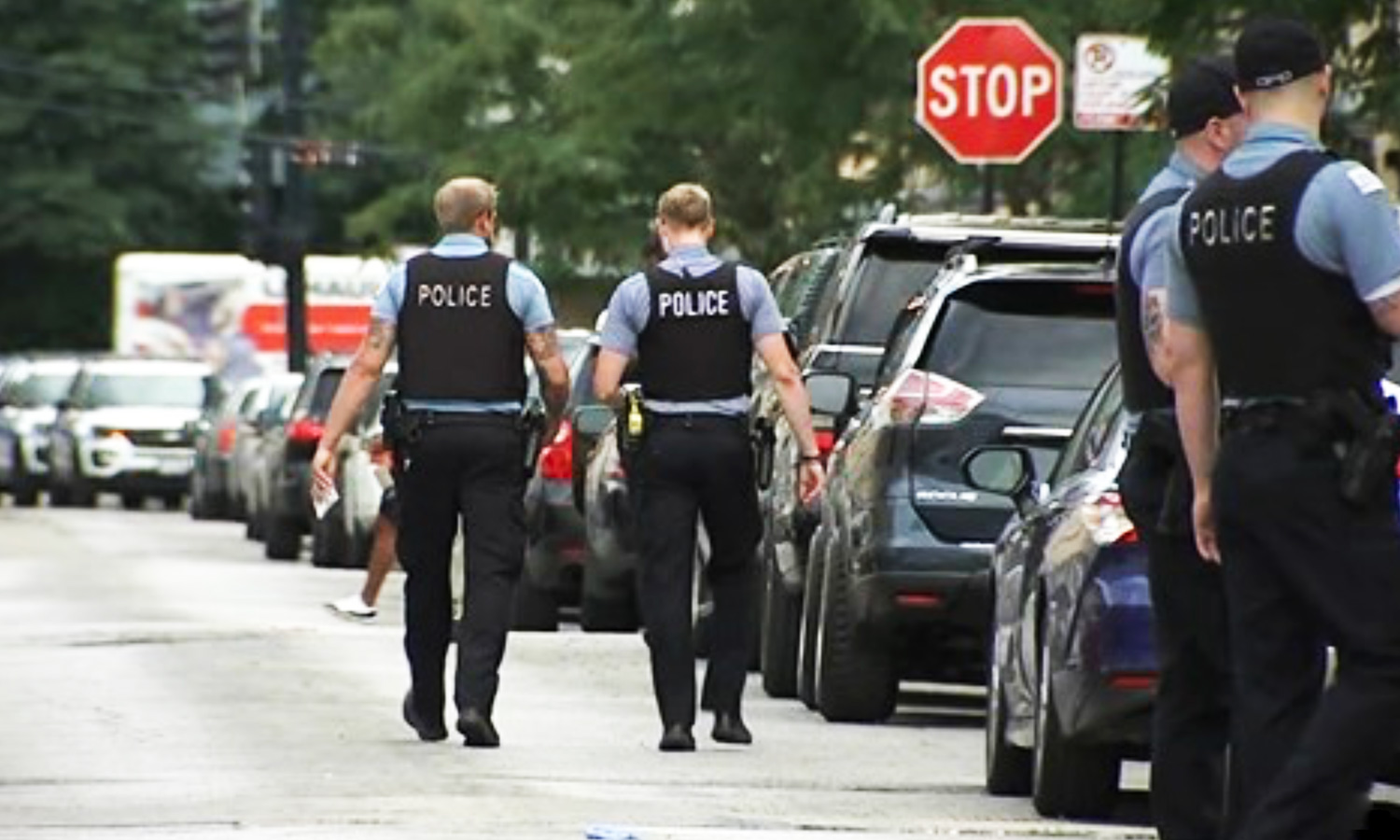 The weekend closed out a July that saw a 139% jump in city wide murders compared the same month last year, a CPD report said.

A total of nine people were killed and 24 others were wounded in shootings across Chicago since 6:00 p.m. Friday, including a 9-year-old boy and a 17-year-old boy.

CPD say they continue to work to get illegal guns and violent offenders off the streets. Since Friday, they made 66 gun arrests and recovered 96 guns.

So far this year, police say they have recovered a total of 5,736 guns.

The weekend’s first reported shooting left a 9-year-old boy dead in the Cabrini Green neighborhood on the Near North Side, Chicago police said.

Police said a shooter approached 9-year-old Janari Andre Ricks and several other people outside and opened fire in their direction at around 6 p.m. in the 900-block of North Cambridge Avenue. Police said the boy was playing in a parking lot not far from his home at the time of the shooting.

Janari was struck multiple times, including in the chest, police said. The first responding officers performed CPR until the Chicago Fire Department arrived. He was then taken to Lurie Children’s Hospital where he was pronounced dead.

“I want to extend my deepest, deepest condolences to Janari’s family and assure them and the entire city that bringing this little boy’s killer to justice is the top priority of the Chicago Police Department,” Superintendent David Brown said at a press conference Monday morning.

“It’s just crazy. My boy, he’s gone; that was my inspiration, that was my truth,” Janari’s father Raymond Ricks said. “He wanted to play basketball. He was just a basketball fanatic.”

Community activist Andrew Holmes urges the shooter to turn himself in and there’s a $4,000 reward being offered for information leading to the arrest of the gunman.

“I’m reaching out to his mother, his father, his family. Turn your loved one in because, guess what, this king is gone. This baby is gone,” Holmes said.

Alderman Walter Barnett says the neighborhood is cooperating, giving police leads and that the shooter and the person the shooter was after are not from that neighborhood.

At a press conference Monday morning, police said a suspect was in custody.

Chicago Police Department Chief of Operations Brian McDermott said Ricks “was an unintended target, and we don’t know who the intended target was.”

Since June, several children have been killed by gun violence in Chicago.

Sincere Gaston, Mekhi James, Natalia Wallace, Lena Nunez, Amaria Jones and Vernando Jones Junior are among those under 15-years-old who have lost their lives.

“It’s starting to become a norm and it’s ridiculous that our community has to go through this that our family,” said Nathan Wallace, Natalia’s father. “My condolences go out to the family of the 9 year old boy. I mean what are we going to do to actually stop this?”

One of the weekend’s most recent fatalities was 17-year-old Caleb Reed who died Sunday morning after being shot Friday in West Rogers Park on the North Side.

According to Chicago police, officers found Reed lying on a sidewalk around 1 p.m. Friday in the 1900-block of West Granville Avenue. He had been shot in the head and was taken to St. Francis Hospital in Evanston.

The teen died at the hospital around 6:40 a.m. Sunday, according to the Cook County medical examiner’s office.

No one is in custody.

In other weekend shootings, a 38-year-old man died after being shot in a drive-by Sunday afternoon in Englewood on the South Side.

According to Chicago police, around 12:40 p.m., a 38-year-old man was standing in the 6400-block of South Green Street when a light-colored vehicle pulled up and someone inside opened fire. The man was struck in the head and back and pronounced dead at the scene.

Two 28-year-old men were found dead after a shooting Sunday morning in Lawndale on the West Side.

Officers responding to ShotSpotter alerts about 6 a.m. found them unresponsive with gunshot wounds in the 2300-block of South Kolin Avenue, according to Chicago police. Both men were pronounced dead at the scene.

The latest of those shootings left a 23-year-old man dead in South Shore.

Demarcus Wiggins, 23, was found with gunshot wounds to his chest and leg about 5:50 a.m. in the 7700 block of South Phillips Avenue, authorities said. He was rushed to the University of Chicago Medical Center, where he died.

Less than half an hour earlier, another man was found shot in the neck in Chicago Lawn on the South Side.

Juan Cervantes Sierra, 44, was found unresponsive about 5:25 a.m. in the 6100 block of South Troy Street, authorities said. He was pronounced dead at the scene.

A woman was found shot to death hours earlier in West Garfield Park.

She was found on a back porch about 2:42 a.m. in the 4500 block of West West End Avenue with gunshot wounds to her back, police said. The woman was pronounced dead at Mount Sinai Hospital.

Five people were shot, one of them fatally, at a party Saturday in Austin.

They were at a backyard party at 12:37 a.m. in the 100 block of North Laporte Avenue when someone started shooting into the yard, according to Chicago police.

An 18-year-old woman was shot three times in the buttocks while another woman, 28, was hit in the left leg, police said. Both were taken to Stroger Hospital in good condition.

Two men seen fleeing the scene were taken in for questioning, police said.

Minutes before, a 26-year-old man was fatally shot in Washington Park on the South Side.

Aaron Brown was in a home in the 200 block of East 55th Place when he was shot in the head and chest, authorities said. He was pronounced dead at the scene.

In nonfatal shootings, a teenage boy was among two people who were shot Friday in Grand Crossing on the South Side.

The boy, 17, and a 19-year-old man were westbound in a vehicle about 8:54 p.m. in the 7100 block of South Dorchester Avenue when someone fired shots at them from another vehicle, Chicago police said.

The teen and a 19-year-old man were each struck in the hand, police said. They drove to the University of Chicago Medical Center, where they were listed in good condition.