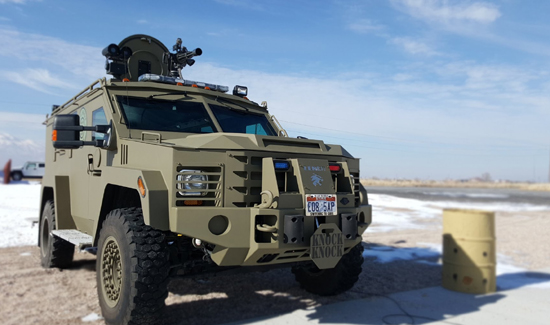 In Pennsylvania, Bethlehem police Chief Mark DiLuzio is saying every penny taxpayers spent on an armored vehicle for the agency was well worth it after they used their Bearcat to evacuate an officer and a civilian that were being fired on by a gunman.

“It did do its job and it saved officers’ lives and civilian lives,” Bethlehem police Chief Mark DiLuzio said. “In my opinion, it’s worth every damn cent that was paid for it.” Justin Erik Kephart, 36, shot his mother 11 times outside of the Bethlehem Township recently and police responded.

According to Leigh Valley Live: “Over eight hours, Kephart went on to fire more than 100 rounds of semi-automatic gunfire at police before turning the gun on himself.”

Responding Officer John Meehan and a neighbor, who attempted to help the victim were fired on and both took cover behind vehicles.

The Bearcat was on the scene about an hour after that.

Using the vehicle as a shield, officers positioned the Bearcat so that Meehan and the neighbor could get out of the line of fire without injury.

The armored vehicle was struck at least 26 times, DiLuzio said.