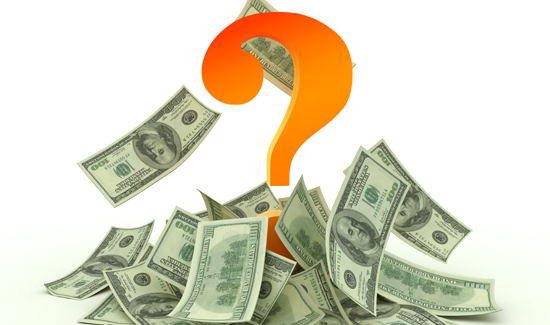 If you’re a regular reader of American Police Beat, you know that the dream of small government is now a reality. The easiest way to tell is by looking at the size of the grants that the DOJ is using to try (in vain) to get local law enforcement to do the federal government’s job (immigration enforcement, for instance) for free.

In Alameda, California, the DOJ has eliminated a law enforcement grant worth a staggering $11,000. It’s such a small amount, the city isn’t even wasting its time re-applying for the money. The lesson here is that once you eliminate or reduce federal funding for local law enforcement to amounts like $11,000, there’s no incentive to skirt the law to help the feds handle work they can’t, or won’t, do.

Via the East Bay Express:

The City of Alameda is refusing to re-apply for a federal law enforcement grant that, under the Trump administration, recently added new requirements regarding immigration status disclosures.

Over the past decade, the U.S. Department of Justice Assistance Grant has provided Alameda with between $12,000 and $32,000 per year to be used for law enforcement, including crime prevention and drug treatment programs. This year the estimated grant award to the city would have been around $11,500, according to Alameda officials.

But both the city manager and city attorney refused to sign a part of the grant application that was recently added by the Trump administration, requiring Alameda to freely release information about immigration or citizenship status. As a result, the city is now ineligible for the federal award.

The grant, however, previously covered less than a percent of costs for the city’s police department each year, which now has a total budget of more than $32 million.

“At the end of the day, this is a very small funding source,” said city spokesperson Sarah Henry, in an interview. “But any funding source is important.”

The city’s refusal to share immigration status with the federal government follows its adoption of a sanctuary city status in January. This is the only grant that is expected to be lost as a result of the city’s commitment to not releasing immigration status, according to Henry.

How is sending an email notification “doing the Feds job”?
Instead, criminals are let go then go on to assault, rape, and murder.
Local officers arrest people for other federal crimes. You don’t get to pick and choose – that’s for court.

So I guess the local police/sheriff have no obligation to notify the feds about an illegal alien that has committed a crime and is now in jail? So I guess local law enforcement will only protect it citizens from legal residents and citizens who commit crimes? That entity should lose ALL FEDERAL FUNDS and EVERY FEDERAL OFFICE in that jurisdiction should be closed! These positions are un-American, illegal and betray the public trust.

The headline of this article is extremely misleading. The AG did not kill any grants. It is the state and local entities that stifle the opportunities themselves. These recalcitrant public entities are creating independent little ‘sovereign nations’ while further endangering the lives of their constituencies.