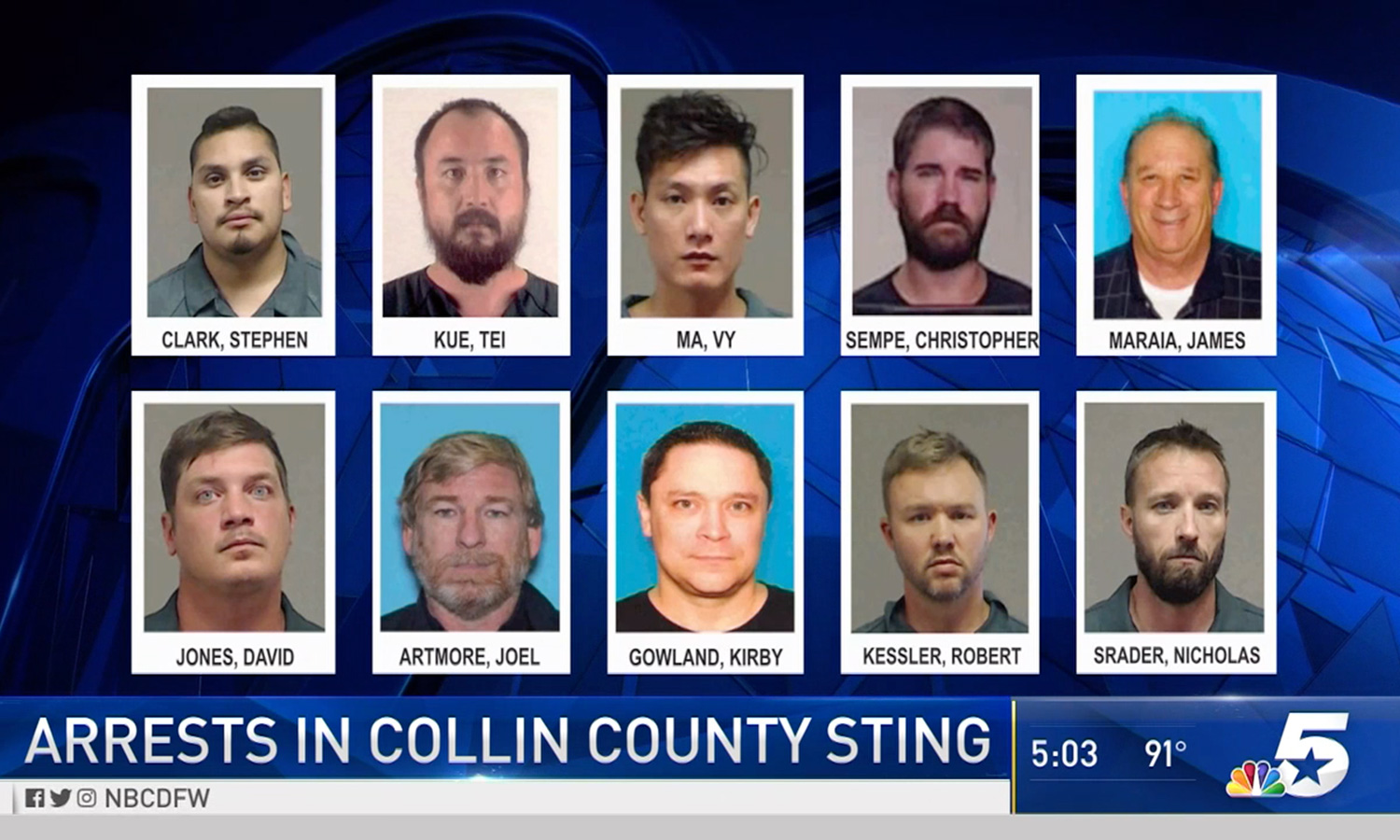 “We’re gonna find you,” said Collin County Sheriff’s public information officer Nick Bristow. “If you’re up here involved in this kind of activity, contacting minors online, juveniles online for the purpose of going and committing sexual acts with them, or sitting at your house looking at child pornography, we’re gonna find you!”

10 North Texas men and 2 juveniles were arrested for charges ranging from Promotion of Child Pornography to Online Solicitation of a Minor.

The sting involved several North Texas law enforcement agencies, as well as the FBI. One child victim was located during the sting.

“They were being used as a victim of child pornography,” Bristow explained. “It’s very unfortunate, extremely unfortunate, but we were lucky enough to get in there and save this person.”

“A lot of these kids get in chat rooms,” Bristow said. “And they start talking to these adults that have nefarious motives in mind and one thing leads to another.”