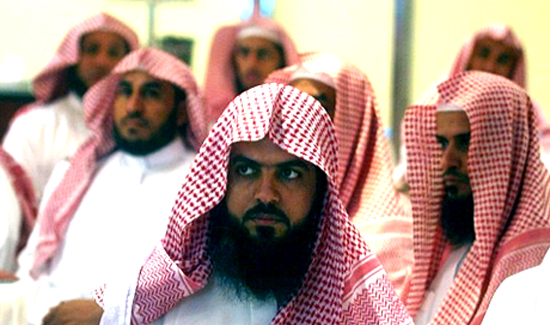 For many of the people still believe in constitutional principals like the separation of church in state, a ruling out of Alabama that will let a mega-church create its own police force is problematic on several levels. The last thing anyone wants is more law enforcement personnel answering not to superiors, chiefs and judges, but rather religious fundamentalists. It’s a slippery slope between the U.S. Marshals Office in Colorado Springs and the religion police of Saudi Arabia.

via the Daily Miner:

In the case of United States vs. Town of Colorado City, U.S. District Judge H. Russel Holland issued an order Tuesday requiring instead of disbandment an independent mentor would be appointed to advise the towns’ marshal’s office revise police procedures.

Improper ethical practices of the marshal’s office in the largely polygamous community run and controlled by the Fundamentalist Church of Jesus Christ of Latter-Day Saints where at the core of the U.S. Department of Justice suit against the town.

The department wanted the Colorado City Marshal’s Office dissolved after a March 2016 verdict found the towns denied non-members of the Fundamentalist Church of Jesus Christ of Latter Day Saints police protection, building permits and access to city water and electricity.

While Mohave County Sheriff Doug Schuster respects Holland’s decision, saying his department will stand behind the ruling, he was “personally” disappointed in the ruling.

“I thought disbandment was more than appropriate for that department,” Schuster said.

“Arizona Peace Officer Standards and Training Board have pulled certification from several of their officers for violating AZPOST rules and constitutional issues. Some of the actions taken by their law enforcement personnel were egregious. If those officers had worked for me they would have been terminated on the spot. I’m concerned if they are not able to separate the church from the state, which has been a problem for many years, they will revert back to the mentality of the past.”

Schuster added that he is pleased a mentor will advise the marshal to ensure “some of the poor policing practices do not occur in the future that have occurred in the past.”

“I think it should have been a lot more stringent, but for lack of better words they are now on significant probation,” Schuster said. “I think someone needs to make sure they adhere to Arizona law and the constitution. I don’t believe anyone should be held to a different standard.”

The argument that Colorado City’s Marshal’s office was a strong arm unit that enforced church edits resonates with Schuster.

“I would use this term, but I would do it in the past tense simply because I have not had any involvement with them since taking office,” he said. “When I worked for the sheriff’s office in the past I patrolled that area and I’ve been followed by a marked patrol car by the Colorado City Marshal’s Office. That type of paranoia and control from any law enforcement agency is disheartening, and they weren’t following me to make sure I was safe, I can tell you that.”