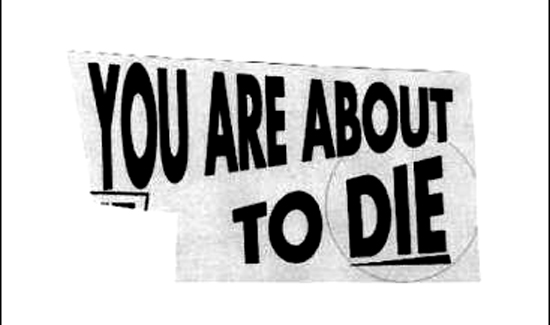 Standing up and doing the right thing isn’t always going to get you a pat on the back. In some cases, it can get you buried.

If you read American Police Beat, you might be familiar with the story Clatskanie, Oregon, Police Officer Alex Stone and Police Chief Martin Hoover.

According to the Associated Press, Officer Stone and fellow officer Zack Gibson decided to come forward in August after watching “in complete bewilderment” as Chief Hoover pounded his chest and howled like a monkey while being briefed about a complaint by a black suspect.

Calling out a racist boss is generally the kind of thing one would hope would result in praise and support.

Instead, Stone is living in fear for the lives of his family.

Much like the Arkansas police chief who retired after gun-rights activists vandalized his truck, Stone is just one of many police officers being targeted with threats of violence.

“My wife got run off the road twice… and my three children are scared,” he added. “I feel like people are telling me to leave.”

That could very well be the case—and it might not be a bad idea.

Hoover was placed on paid administrative leave after the complaint and retired soon afterward—but not before receiving praise from city officials on the way out.

Stone told reporters that while fellow police officers in Clatskanie, home to about 2,000 residents, and across the country have voiced support for his actions, he might be in the wrong community, considering his values.

“Not one city official has contacted me or my family to see if we are OK,” he said.

So, does he regret speaking up and doing what he felt was right?

I’ve commented on this case before…Kudos to these officers, we need more like them.