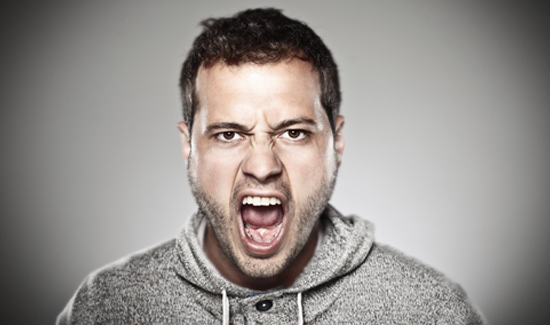 When it comes to anti-police organizations they generally fall into two groups. The first is usually the “Free Mumia” crowd. These folks don’t have much money, influence or significance.

The second group is a very credible threat to the traditional public safety model and the livelihood of cops across America. Cop Block is a relatively new kid on the block in terms of the organizations that raise money, influence politicians and feed the public all kinds of misinformation.

Cop Block is a libertarian outfit financed in part by the same billionaires that would like to end government as we know it. The Koch brothers have their manicured fingers in a lot of pies and this Cop Block group is just one of their propaganda machines. Sadly there are a lot of police officers that find themselves aligned ideologically with their libertarian enemies because both groups are typically extremely conservative.

Here’s the Koch Bros. m.o. They groom young guys to run their “grass roots” messaging/propaganda machinery so it has the appearance of a legitimate organization. Here is their flunky that runs Cop Block’s bio info from the CB website:

I went to undergrad and grad school for law enforcement but fortunately I became involved with the liberty movement, first as an intern at the Cato Institute, then as a Koch Fellow, and later as an employee at the Institute for Humane Studies and the then-principled Bureaucrash before going on the road with the Motorhome Diaries and Liberty On Tour.

I’m involved with Cop Block because it’s mission – showcasing that those with a piece of metal pinned to their chest do not have extra rights – aligns with my belief in natural rights. I’m excited to leverage that perspective through the tools at our disposal – cameras, video hosting sites and networks of principled activists – to help others question the Statist Quo.

If you want to check out some back and forth here is Cop Block’s twitter feed.

One of the more serious challenges for law enforcement professionals and the associations and unions that represent their interests is maintaining awareness of threats to the profession regardless of which side of the political spectrum they’re coming from.

The good news is that Twitter, for the time being, is open-source. That means there’s no censorship. In the Cop Block Twitter feed from the link you can see that convincing Americans that cops are largely useless thugs with undeserved and enormous paychecks and pensions is a tough sell.

That’s mainly because it’s such a load of crap but as anyone paying attention to what’s what in our culture right now can tell you that people will believe anything these days if it fits their agenda.

Don’t like taxes? Blame the cops. Got arrested for DUI? That’s “big government” denying free men “liberty.” Want to dump PCBs into the river instead of paying to have the toxins treated and destroyed? That’s the communist environmental police officer working in cahoots with the jack-booted thugs at the EPA.

So remember always to consider the source when attacks on police officers and their interests emerge.

And unless you’re a hard-core libertarian, which means you probably would not rather work for a government agency (even local government) it might be a good idea to get after this Pete Eyre clown on twitter.

As a famous dictator once said, “The bigger the lie the more people will believe it.”

It’s up to us to set the record straight- and it doesn’t matter if you’re a dyed in the wool libertarian or a socialist. An attack on cops and the traditional public safety mission has to be addressed. Otherwise we run the risk of letting the terms of the debate getting set by the enemy before we even start talking.

Attacking those who attack us is idiocy. Firstly, let’s take a good hard look at ourselves and see what we’re doing that gives these anti-cop groups fuel for their fires. Granted, they attempt to make everything into a cause, but we give them a never ending supply of material because we cops do stupid, stupid things over and over again. Let the haters hate, there’s not a damn thing you an do to or about them that will make one iota of difference. And no matter how good we are, they will always complain. HOWEVER, if we use them to examine ourselves, we can and should become better, more compassionate and ethical officers (even those of us who feel like we already are). Isn’t that our duty anyway?

great points but the bulk of them attack police just for doing basic police work. There’s a growing movement amongst the younger crowd that thinks police should get shot and die before they are allowed to defend themselves. They actually believe that since the job is risky and “they knew the risks”, that cops should just die instead of defending themselves. I mean you can’t argue with people that don’t even think police should exist.

When you’ve been scorned and laughed at for reporting a man for beating you, not once but twice and then told not to bother them again by their captain or he would arrest you, then you may tell me how misunderstood the so-call law enforcement in this country is. By the way I’m 66. What would they have done had I been 80?

I’m 54 years old for the record and I am not a criminal nor been harassed by the police, I stay out of trouble. I use to say “I look up and admire the police!” I would go on to say “anyone that puts on a bullet proof vest to go to work has my respect.” BUT that was then and this is now. I see story after story of the police covering up, planting or tampering with evidence, lying on or not filling a report, choking out and killing innocent people. Raiding the wrong house (even without a warrant) and killing or maiming family members or pets. This is not monthly but daily! It is not “cop haters” it is Rouge Police and what few good police are left on the force turn a blind eye.
I would like to suggest that there be a new “Outside” organization that investigates “ALL” police shootings. If not how about letting the criminals investigate themselves to see if they done wrong. See what I mean? You all cover up and lie for each other and now the people are tired of it and pushing back. You don’t like it when the people demand that you respect our constitutional rights the audacity that we questions the authority of the police.
How would any of you (the police) like it if we the people were allowed to kick your door in, shoot your wife, dog and child and you could do NOTHING about it? Oh and to find out you once AGAIN had the wrong house. Oh No my bad! (high five the cop standing next to you as you laugh and say “did you see that f’er do a face plant when I threw him to the floor?”
This is how 90% of the Americans now see you police. You deserve every bad word that you hear.
If there was a such thing as a good cop then there would be no bad cops because they would step across the “thin blue line” and report the bad cop. Think about it!!!!!

Rick and the others…what planet do you live on? Have you never seen news stories of police officers arrested for theft, fired for misconduct unbecoming (stuff that would merit zero punishment in the private sector0 or even murder? You guys keep repeating this lie about cops “never” turning in each other or facing punishment…it’s a bold faced lie.

The truth about planting evidence- all your guilty friends claim that because you will believe it. There are enough real criminal acts out there that the police barely scratch the surface of, it’s absolutely unnecessary to make stuff up or plant evidence. get real.

I do not believe all cops are corrupt. I do believe all law enforcement in Jasper, Al and Walker Co. Al is. I know this for a fact. I am not and never have been a cop hater. Law is necessary in every country or there would be anarchy. I don’t hate anyone. Hate only destroys the person who hates.