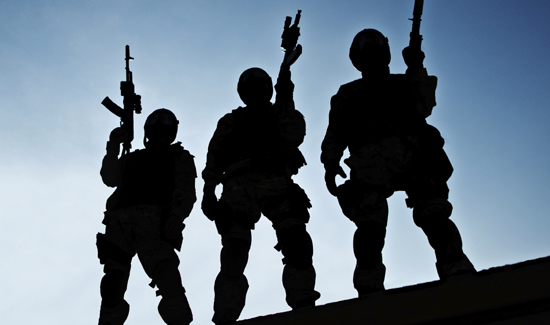 Sometimes during a standoff or similar law-enforcement emergency, police officers need access to private residences in order to secure a tactical advantage or to get a better vantage point to spot suspects and victims.

But not everyone is willing to allow police to do so.

In an interesting and little-discussed case out of Nevada, homeowners sued law enforcement officers after police used their home as a staging area during a tactical operation against alleged criminals in a neighboring house.

The plaintiffs alleged that their Third Amendment rights had been violated.

The court disagreed, ruling that: “In the present case, various officers of the HPD and NLVPD entered into and occupied Linda’s and Michael’s home for an unspecified amount of time (seemingly nine hours), but certainly for less than twenty-four hours. The relevant questions are thus whether municipal police should be considered soldiers, and whether the time they spent in the house could be considered quartering. To both questions, the answer must be no.”