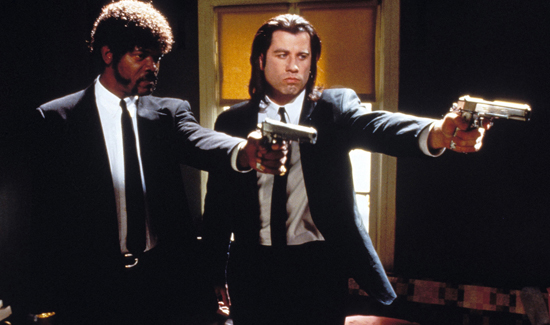 The only problem with boycotting Quentin Tarantino movies—as many police unions and other advocacy groups plan to do—is that the director’s best work is most likely behind him.

When a movie like “Pulp Fiction” comes down the pike, you can organize your community all you want to effect protests and boycotts, but everyone other than cops is going to see it because it’s supposed to be awesome.

At any rate, if you’re a police supporter and also like going to the movies, you’ll have a decision to make when the director’s latest film, “Hateful Eight,” hits theaters on Christmas Day.

Some of the largest cop unions in the U.S. are planning to boycott anything Tarantino puts out, following Tarantino’s attendance earlier this month at a Rise Up demonstration in Manhattan against police brutality.

If you want to shut him down, boycotting his movie won’t work. We are too small a percentage of the population. Refuse to work the overtime or part time when he has to have officers for crowd control, traffic control or security the next time he films in your jurisdiction. If he can’t get the officers required by his permits, he has a huge number of actors, stuntmen, cameramen and equipment, caterers, drivers, and so on just sitting around. He still has to pay them for being there even if he can’t film. Once the money behind production of these films realize that he won’t be able to film anywhere that isn’t a studio sound stage, it will make them think twice about investing. No investors means no money. No money means no movie. Then you have made an impact. What people like this forget is that he needs us more than we need him.
And for those of you that will suck up the o/t money or part time money to work it anyhow, shame on you.