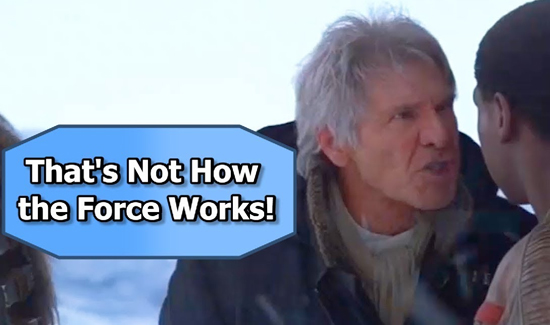 Some people think the last good Star Wars movie was The Empire Strikes Back. But other people like the other seven movies too and a lot of super fans went to a theater in Burbank, California to check out the Last Jedi. (Alternative titles include The Very Last Jedi and The Last Jedi- We Promise!)

Anyway, if you’ve been to the movies recently you know it’s pretty expensive. Milk Duds, a medium popcorn and a drink is like fifty bucks.

So it’s only natural that when something goes wrong with the projector or the sound people are going to get upset- especially if a lot of them are decked out like Princess Leah or have a squad of little kids in tow. At any rate, people started yelling when the film’s sound got messed up. The music was playing but the audience couldn’t hear any of the dialogue.

In the old days before automation there used to be an employee that knew how to fix stuff like this. But now that they’ve got the “10 theaters and three teenage employees” system running snafus like this usually mean you won’t be able to see or hear the film.

At any rate the nerds formed a rebel alliance of sorts and tried to strike back against the empire (AMC Theaters) and eventually the cops had to come in and restore order to the force or whatever.