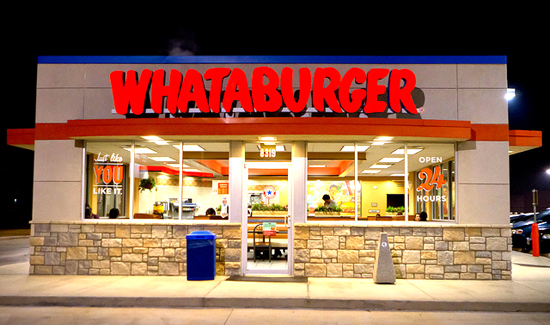 First it was Arby’s, and now it’s Whataburger.

Police officers have had some issues at fast food locations recently.

According to CBS News, two police officers say that workers at a North Texas fast-food restaurant did not serve them last Tuesday night because they were cops.

Officer Cameron Beckham and reserve deputy Michael Magovern stopped by a Whataburger location in Lewisville for a bite to eat.

According to the officer and the reserve deputy, workers at the restaurant denied them service.

An employee allegedly told the men, “We don’t serve police.”

“He said it with a straight face, no smile, and just stared at us,” said Magovern. “Even if he was joking, I’m not going to eat here because I don’t trust that.”

A meeting between police officials and fast-food executives is expected to happen soon to resolve the issue.

The same (lack of) service should be reciprocated to this restaurant when they are being robbed and call for help. “You don’t serve us, so back atcha.”

This HAS GOT TO STOP—–WHAT THE HELL IS WRONG WITH PEOPLE IN THIS COUNTRY????THE VERY PEOPLE THAT ARE SWORN TO PROTECT THE PUBLIC CAN’T EVEN GO INTO BURGER JOINTS FOR A SIMPLE BITE TO EAT???? THIS IS BULL SHIT!!!! I REALLY HOPE THE LOSER EMPLOYEE THAT SAID THE WORDS “WE DON’T SERVE POLICE” SHOULD NOT JUST GET A SLAP ON THE WRIST, BUT HE OR SHE SHOULD BE FIRED!!!!! ALSO THE MANAGER OF THIS SAME RESTAURANT WHO ALLOWED THIS TO HAPPEN SHOULD BE FIRED AS WELL!!!!! PERIOD, END OF STORY!!!!!

Next time your being robbed, dont call the police, call a gang to help you. That is just horrible. I hope everyone boycotts this crappy burger place. Time to post this on all social media sites and news sites in all states. Same with Arbys.