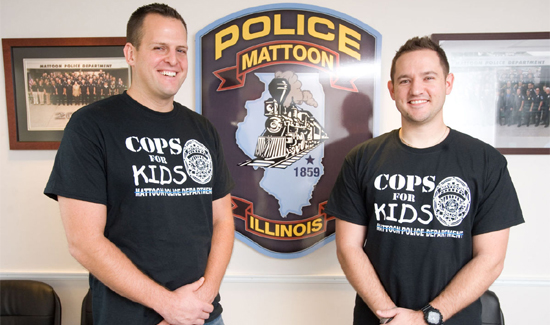 Via the Journal Gazette and Times Courier:

Police officers are selling Cops for Kids T-shirts to help raise funds for their annual charitable program for children of impoverished families.

Hedges said the idea for the first-ever Cops for Kids T-shirts was suggested by management at Don Sol Mexican Grill. He said Don Sol employees often wear the fundraising shirts of charitable causes that this restaurant supports.

The black Cops for Kids T-shirts are available in sizes ranging from small to various extra larges for $20 each at the police station.

Now that he has been promoted to sergeant, Hedges said he is preparing to turn over the responsibility of organizing Cops for Kids to Hesse. He said Hesse has already been bringing a lot of enthusiasm and fresh ideas to this role.