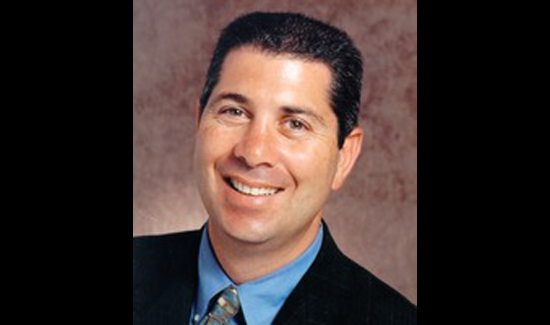 Every police chief, sheriff and law enforcement union leader knows that a day will come when their organization will be “lit up”—hit by a crisis that could be a disaster for the organization.

The reputation of every police or sheriff’s department depends on the confidence of its key stakeholders: the public, employees, the union, the media and sometimes outside government regulators. Sooner or later, virtually every law enforcement organization faces a crisis that has the potential to destroy its public reputation.

While that day is almost inevitable, it always comes as a huge shock.

No one is ever really prepared, no matter what contingency planning the organization has done. More often than not, the issue arises from an unexpected source without any prior notice.

It is impossible to overemphasize the importance of being responsive, credible and accurate early in the crisis. Every law enforcement organization struggles at this point with multiple anxieties that often paralyze management and labor and lead to indecision and non-communication. Hesitation, vagueness and unwillingness to factually communicate destroy credibility and plant the seeds of future disaster.

At this moment, the leader often understands that he or she is alone. You are the whale and everyone is feeding on you. The media are at your door in droves. Your employees are anxious and looking for guidance. Elected officials, community leaders and arm chair experts are offering advice which may be all over the place and you have very little time to react.

What do you do?

The first thing to do is put on a brave face for the people that work for you. They have to have confidence you will lead them through the storm. Make sure they understand that you are going to manage your way through this professionally. Prepare them for the fact that there will be tough times ahead, they will be hearing all kinds of rumors, reading all manner of accusations and seeing their organization vilified. Assure them that, while it will take some time, the organization will recover its good name.

Some self-designated “community leaders” will say or do anything to get their faces on TV when a crisis occurs. It is at this time that it is important to say something.

Several years ago, in Los Angeles, when a gun-toting madman and his 19-month-old daughter were killed after the suspect used the girl as a shield while indiscriminately spraying bullets in a neighborhood, the deaths provided a forum for these “leaders.” Within 24 hours, vile and ill-informed accusations against the police spewed forth from a lawyer and “community leaders.”

The police immediately put out the facts and made it clear that the suspect had threatened to kill his wife, a 17 year old and his infant daughter. The media were told that police officers did not randomly fire at least 40 shots during the confrontation; the suspect did. More importantly, they confronted the allegations head on and made it clear that if someone begins shooting up a neighborhood, the police will respond and if suspects are going to put others in danger, the police are not going to walk away.

More importantly, they were candid, and made clear the sobering truth that if someone decides to take a gun and open fire on police officers, there is a high likelihood that they will end up dead.

It is impossible to overemphasize the importance of keeping all your employees on board and confident, even if you have to appear more assured than you’re really feel. Your employees will be talking to their friends, their neighbors and even the media. They can be your strongest supporters if you work at keeping them up to speed and confident.

The recent high-profile law enforcement events in Ferguson and New York demonstrate the contrasts in responses. In Ferguson, there was little factual response by the Police Department to the narrative being created around the shooting, ensuring that anything released when the investigation was concluded had little effect in either informing or changing minds of the public.

Without a coherent and organized response for a long period of time, subsequent events and agendas simply overwhelmed the police, and made virtually irrelevant any subsequent statement by the Police Department.

In New York, following the grand jury decision not to indict an officer in connection with the chokehold death of Eric Garner, what happened in the original incident was captured entirely on videotape. So the response did not need to concern itself with “what” happened—but how the New York Police Department (NYPD) would respond.

NYPD Commissioner Bill Bratton was brilliant. He made himself available for national and local media, took the hard questions, and repeated calmly the procedures the department would follow after the grand jury decision. Although the essence of what he said was not new to the media, nor to anybody who is aware of police procedure, the availability and measured response to questions has kept Bratton and his department relevant players in the fallout from the grand jury decision.

Make no mistake: getting “lit up” is a life-changing experience.

In the initial stages, you will be obsessed with the problem. You will take it to bed with you at night and wake up with it in the morning. Chances are good you will be thinking of almost nothing else. You are trying to think of everything and you will feel isolated, nervous and scared. Everyone is telling you that you have to make the problem go away— right now— and you know that’s impossible.

The second step is convening an emergency council of your top advisors. Work out a short-term plan to deal with the immediate situation. Time is of the essence, especially if you are dealing with issues involving public health or safety. You will be deluged with advice from people inside and outside the organization, and some of it may seem counter-intuitive.

As you develop your short-term reaction plan, always remember that the best piece of advice is “trust your instincts”.

In another high-profile case I worked on, a police dash-cam video surfaced that showed an officer kicking a handcuffed suspect. The video was not pretty and had racial overtones. The department wisely decided to get ahead of the story about the video and brief key community leaders before putting out a release describing in detail the video and announcing what action the Department was taking with the officer.

Once armed with the facts, the media and community leaders were less inclined to look at the department in an unfavorable light. The department learned that being up front about issues can earn you fair coverage even, when what you are announcing bad news.

The next challenge is to design a thoughtful long-term strategy that will enable you to win. This is the big challenge, and it is easier said than done.

An aggressive defense offered early may appear to be the right strategy; but as developments unfold and facts emerge, that approach can be damaging to your long term reputation if the “facts” aren’t as they were initially represented in an early and aggressive defense.

Given the never-ending media cycle, you must be responsive and provide the media consistent message of how you are going to handle any internal review. It is a question for each department as to whether an event can become so big and consuming that it might be time to release confirmed information about an event, even if that is against the standard protocol.

The decision is whether to release confirmed information in the early stages of an investigation, or wait to release it and have it likely ignored later on depends on if you believe that putting out the information will assist in showing stakeholders that the investigation is detailed and transparent.

Never ever lose sight of the fact that your goal is to end the controversy at a minimum cost to your reputation and your organization as quickly as possible. Deal with your stakeholders honestly, respectfully and carefully. They will be around a long time after your crisis is resolved, so resolving the issue with them on mutually acceptable terms is paramount, if that is at all possible.

Throughout the crisis and beyond, handle your internal communications carefully, thoughtfully but in a timely manner. Employees at all levels are one of your best assets when it comes to reassuring the public your law enforcement organization is fundamentally honest and solid.

Leading an organization thorough crisis will be a life-changing experience; but in the end most police departments emerge better and stronger.

Eric W. Rose is a Partner at Englander Knabe & Allen and has handled crisis communications for law enforcement organizations and Fortune 500 companies. He has been an LAPD Line Reserve Officer for 27 years and for 19 years handled communications for the Los Angeles Police Protective League. He welcomes comments from readers, and can also be reached at eric@ekapr.com

we are are own worst enemy. Get out in front and inform the world that if the Officer was wrong, the officer will be held to the same standards. Don’t allow a rumor mill to grow. Truth will out, unless the department stays out of the conversation.