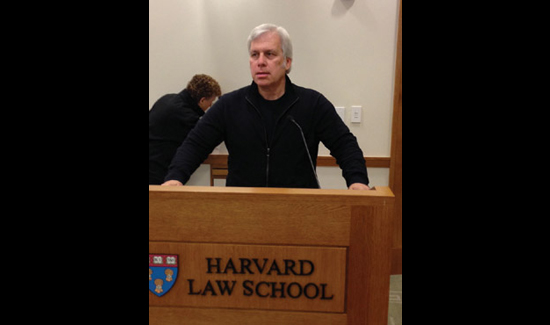 On the heels of New Orleans Mayor Mitch Landrieu’s plea last week for the Louisiana State Police to devote more troopers to his crime-plagued city, the head of the Police Association of New Orleans has written a scathing open letter to Landrieu, accusing the mayor of turning his back on the New Orleans Police Department and leaving it “hideously and dangerously understaffed, according to a report in the New Orleans Advocate.

Invoking a recent demonstration in New York City in which officers there collectively turned their backs on the mayor after shooting deaths of two officers, Police Association President Michael Glasser says NOPD’s own ranks are “telling me they are thinking about whether to turn their backs on their mayor.”

“With daily crime rising and mega-events such as Mardi Gras looming in the near future—and a nearly five-year loss of personnel averaging one officer lost every three days in spite of aggressive hiring campaigns—NOPD officers are watching the events in New York and thinking,” Glasser wrote. The fact is, it is you, Mr. Landrieu, who has turned your back on them.”

Glasser accused Landrieu of “always looking outside, never inside” the NOPD, referring to the mayor’s repeated requests that Gov. Bobby Jindal dedicate a more permanent contingent of troopers to patrol the French Quarter and his plans for NOLA Patrol, an unarmed civilian force to be entrusted with traffic control and other non-emergency duties.

“You have ignored the dedicated men and women of the NOPD, who have demonstrated a quality with which you appear to be unfamiliar—loyalty,” Glasser wrote. “And you wonder why officers are leaving en masse and why it’s so difficult to hire new officers while other local agencies have waiting lists,” he added. “It’s been nearly 5 years. You can’t blame the ‘old guard’ any longer. This failure is purely on you.”

Glasser also accused the mayor of killing a progressive pay package for officers and replacing it with “a nominal and perfunctory raise, knowing full well it would be offset by rising health care costs.”

“The week the raise was announced, eight NOPD officers left to join the State Police,” Glasser wrote. “The very same State Police you implore to stay here; officers you beg to come back wearing a State Police uniform but would not lift a finger to keep here wearing their New Orleans P.D. uniform. And again, the citizens pay the price.”

A lot of people are turning their backs on police officers, and yet those officers are the first ones people will call when they need help. I feel so bad for the NOPD.