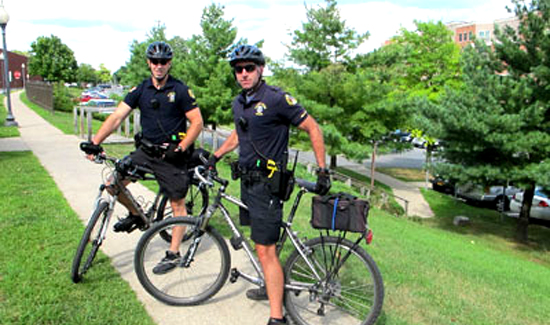 Depending on what part of the country you live in, community outreach might be more difficult in the winter than it is in the summer.

But seeing as we’re right in the middle of July, most of the nation’s police officers are enjoying the weather.

They’re also using it to their advantage, as far as officer visibility and improving community relations.

In Harrisburg, Pennsylvania, cops are out on bikes in force in an attempt to connect with the community during a particularly rough patch, as far as relations between police and civilians.

Officer Matt Novchich has been on bike patrol for over a year and says the response from residents, especially those in Harrisburg’s Allison Hill neighborhood, has been positive.

“Even on the midnight platoon,” Novchich says, “people are happy to see us. They’re happy to see our faces out and about. We’re able to hit the areas that need to be hit a little harder.”

Many agencies are taking advantage of authorized expenditures that come with environmental requirements to use less fuel and so forth.

Bikes are one item that agencies can usually find financial aid to procure.