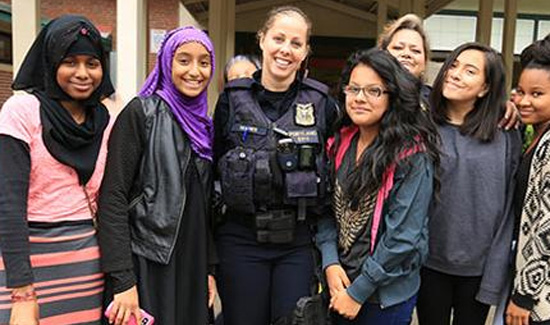 As the result of all the school shootings over the last 20 years, administrators are working to craft solutions that might protect students from deadly gunfire.

According to the Panama City News Herald in Florida, local schools are hiring lots of cops for security.

“Every public, non-charter elementary school in Bay District Schools will officially have an armed law enforcement officer guarding it during the school day as part of a series of contracts the school district has signed with area agencies and city governments. The agreements are expected to cost the district about $250,000 in total…”

But some say that the fact there were armed officers in schools that experienced mass shootings suggests the need for a different approach- especially considering the fact that school shooters are frequently described as emotionally and/or mentally unstable.

So in Illinois, some folks are going a different route according to the Associated Press.

“A plan to replace armed security officers with unarmed social workers got a House OK with substantial changes. The House voted 64-25 Friday to establish a grant program for schools who hire mental health professionals to keep calm in the hallways. Police had objected to the idea because schools could only get money if they stopped funding police officers. Hillside Democratic Rep. Emanuel “Chris” Welch removed that part.”