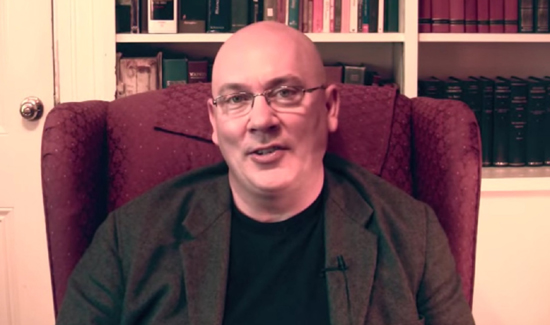 Authorities have decided to look again at the 1993 death of a woman whose pastor husband fatally shot their daughter last week in an apparent murder-suicide.

Daniel Randall (above), 56, reportedly killed their daughter, Claire Randall, at the family’s Hebron, Maine, home before turning the gun on himself.

Authorities arrived at the grisly scene Thursday to find messages spray-painted on the walls directed at his estranged, second wife, Anita Randall, who served him divorce papers earlier in the week.

“ANITA ITS ALL YOUR FAULT,” read one of the chilling messages.

The horrific deaths come more than two decades after his first wife, Greta Randall, died after she fell from a cliff at Two Lights State Park in Cape Elizabeth, Maine. She was six months pregnant at the time of her death in July 1993, according to news station WPRI.

Greta Randall was the biological mother of two of the former pastor’s children, including Claire, who was found dead in the bathroom last week.

Police have not officially re-opened the 1993 case, but files are being reviewed.

“Detectives have also asked Cape Elizabeth Police and the Medical Examiner’s Office for any reports they have on the 1993 death of Randall’s first wife – Greta – at Two Lights State Park in Cape Elizabeth on July 3 of that year,” spokesperson Stephen McCausland told WPRI. “State Police have no plans to reopen that death investigation at this time, but are reviewing the investigative reports.”

Earlier in the day, before the murders, Daniel Randall was released from a 90-day substance abuse program for alcohol. He reportedly drove from the Portland, Maine, center to purchase a gun and then headed to the house.