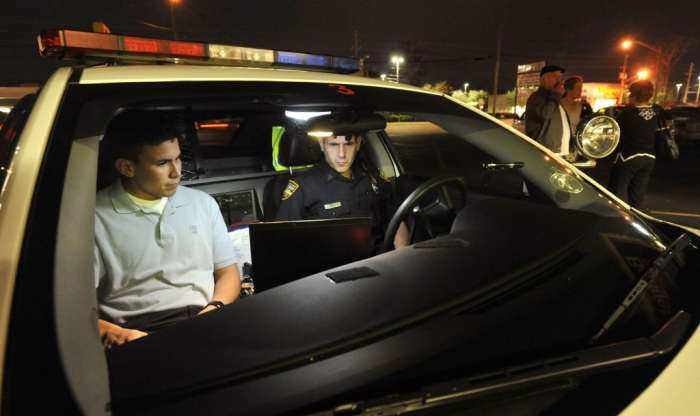 Eyewitness News wanted to get some perspective on what it’s like to be in law enforcement and the dangers that come with the job. Especially, after San Antonio police detective Benjamin Marconi was shot and killed in the line of duty. Reporter Phil Anaya rode along with Deputy Michael Donato who was shot in the line of duty less than two years ago.

Phil Anaya: Tell me what made you get into law enforcement?

Dep. Michael Denato: I always felt the need to serve. Soon after high school, I joined the Unites States Marine Corp, but once I was out of the Marine Corp I came home and had to find a new career.

Denato: I’m also a SWAT operator with the Sheriff’s office so most days I’m a patrol deputy and if any time during the day we need to go into a SWAT situation we will make our way that way.

Anaya: Where were you shot at?

Denato: I was shot on the right side of my body. The bullet entered my right bicep, it hit my shoulder, made it’s way back to my right shoulder blade and came right back out of my left tricep.

Anaya: After being shot did you think twice about returning to the job?

Denato: I did, I did. My family is number one and that’s something I strongly had to consider.

Anaya: What did you think after you had heard about Detective Marconi?

Denato: I was speechless. I hate to hear about it anywhere in the country, but it hits close to home when it happens here in San Antonio.