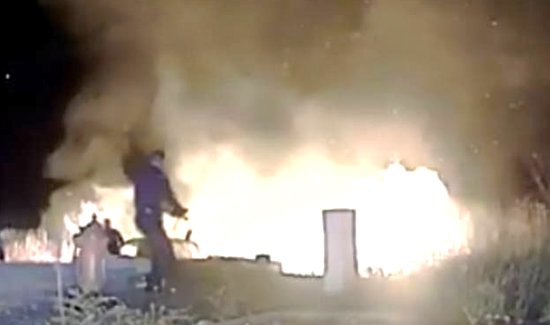 In Illinois recently, police officers made a spectacular save.

A 71-year-old Aurora man from a burning car by police and fire personnel after the man crashed into a car wash, a pole, and a concrete barricade in Montgomery.

Montgomery Police say the man was allegedly fleeing the scene of a crash.

The driver crashed into a concrete wall at the end of a dead end street before driving his car into a field, where it burst into flames.

Police and fire crews were able to rescue the man from the burning vehicle at great risk to their health and safety.