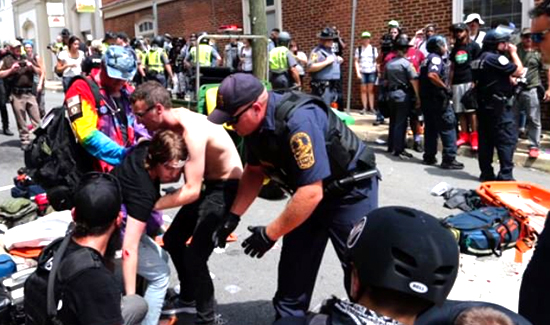 If you want to look at a case study for failure when it comes to securing public safety during when white supremacists and neonazis clash with counter-protestors, the after action report from Charlottesville is well worth taking a look at.

On the other hand, if you want to see a success story as far as preparing for the same thing, just check out the way authorities prepared for unrest and violence in Boston.

If you’re asking “what happened in Boston?” the sarcastic answer would be “exactly.”

According to the report from Charlottesville, just about everything that could have gone wrong or gotten screwed up did.

How about basic stuff like communication between Charlottesville Police and Virginia State Police?

According to the Washington Post: “The two main law enforcement agencies tasked with keeping the peace, the Virginia State Police and the Charlottesville Police Department, may as well have spoken different languages. Because there was no common radio channel, all communications between them had to take place face to face. On the morning the march was scheduled, Aug. 12, the state police conducted their own briefing, to which the city police were not invited.”

That’s what you call a recipe for disaster. Thankfully, some folks will be eager to see what went wrong so they can avoid the same mistakes.

Unfortunately though there will be those that see any attempt to figure out went wrong so we can do better the next time (and maybe keep someone from getting murdered) as “an attack on police.”