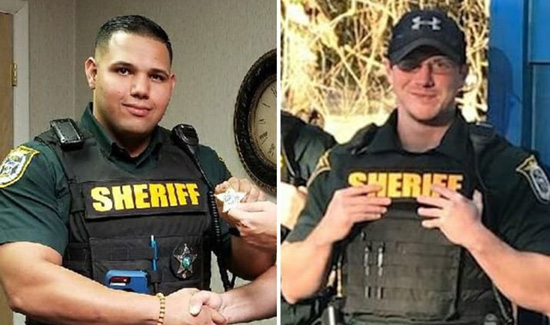 Police in Florida say two Florida sheriff’s deputies were shot dead while they were eating at a Chinese restaurant by a man who then killed himself.

The shooter was identified as a man from a small town very close to the restaurant.

There was no known motive but the sheriff blamed yesterday’s killings on hatred toward law enforcement.

“What do you expect happens when you demonize law enforcement to the extent it’s been demonized? Every type of hate, every type of put-down you can think of,” Gilchrist County Sheriff Bobby Schultz asked reporters at a news conference,

“This shooter was a “coward,” the sheriff said. 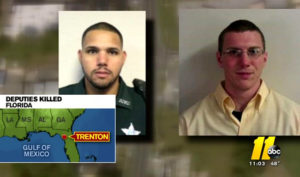 Sgt. Noel Ramirez, 30, and Deputy Taylor Lindsey, 25, were named as the officers who were killed.

For more on the apparent ambush killings click here.