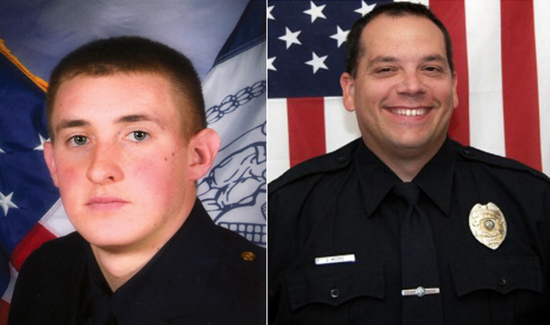 Over the past few weeks, there have been a number of violent events and public demonstrations that have dominated news coverage in outlets across the nation. Our thoughts and prayers go out to those communities as they look to rebuild. It should go without saying that the officers protecting the citizens in those cities are facing an incredible challenge—we encourage them to be ever vigilant as they try to keep the streets safe. In Los Angeles, we are all aware of the dangers we face every day as we work to fulfill our duty to protect and serve our communities, and have asked our own members to take special care, particularly in this time of heightened tension.

Unfortunately, the riots and protests have fueled a much larger issue—violent crimes targeted directly at police officers. Just in the month of May, the same month we acknowledge and honor fallen police officers nationwide, the country has seen a total of four officers ambushed and killed while on duty. All of us at the LAPPL extend our deepest condolences to our brothers and sisters in the Hattiesburg Police Department for the recent terrible tragedy that has taken the lives of two of their officers. Our hearts, thoughts and prayers go out to the families of Officers Benjamin Deen and Liquori Tate. Sadly, this tragedy occurred the same day as the funeral of fallen Coeur d’Alene Police Sgt. Greg Moore, and just one day after the funeral of fallen NYPD Officer Brian Moore. Both officers were fatally shot in the head while on duty. These disgusting acts of violence that are taking officers’ lives are becoming a regular occurrence. It seems like every few weeks we hear of another officer who has been murdered in cold blood, yet we have heard very little outcry from the public. How is it possible that the citizens in these communities are not outraged? Their protectors have bullseyes on their backs and no one seems to care.

We simply cannot stand for these horrendous acts of violence, and urge the public and media to demand swift justice for these fallen officers just as they would for a civilian life. Something must be done—police officers are serving to protect and instead are being killed on the streets.

This is a terribly sad time for police officers and departments across the country, and the law enforcement community bows its head in mourning. But that is not enough, and we cannot fight this fight alone. While we will continue to attend officer funeral after officer funeral, it must be on the public to raise enough attention and concern in their local communities to ensure that officers around the country are protected.

If officers continue to be consciously targeted and murdered in cold blood and little to nothing changes in the eyes of the public, what will happen? What have we as a society become?

Don’t really want to leave a comment. Things like that sometimes come back to bite you in the ass. As a retired US Navy veteran of 26 years and a retired California Correctional Officer of 14 years, I think you probably know what I’m thinking. I mourn with you over the loss of our brothers in blue, while our brave warriors continue to fight & die over seas to defend those of us that still care & sadly for those that don’t care or have a clue. Lets just say Many of us have your back, & I hope when the shit hits the fan, you in the blue have ours!! GOD bless America!!!!

I say a prayer every night and every morning to keep our officers out of harms way.

Our President and attorney general needs to step up and put a stop to the murder of our LEO’s by attending the funerals and prosecuting swiftly the murders of the LEO’s.If something isn’t done we will become a lawless country

My Dad was an officer who was shot in the line of duty. My heart breaks when I here of officers being degraded,blamed, targeted.Had the Deen and Tate murders been the other way around and they had killed and detained those scum,we would have more riots. There are still those of us who respect,honor and abide by the law and the officers who enforce it with little or no support. God BLESS all those in blue (and brown, can’t forget troopers)

I have family in both the Local police and one on the State Patrol. I pray every day that they come home
to us safe. I alls pray that our Military will stay safe and get home to their families. The public has got to be
more aware of the dangers that our police face and realize that their help is needed. They want first resonder
to be their when they need help and they want them right there. It should work both ways.
God blessyou all!!

We care. Fortunately, no Chicago (where I live) police have been killed. I think plenty of people are angry, but there have been no rallies here. I suggest that the Chicago Police Union organize one and publicize it. Perhaps, this is not wise, but surely there must be some way for us (the majority) to let the police know we support and appreciate them.