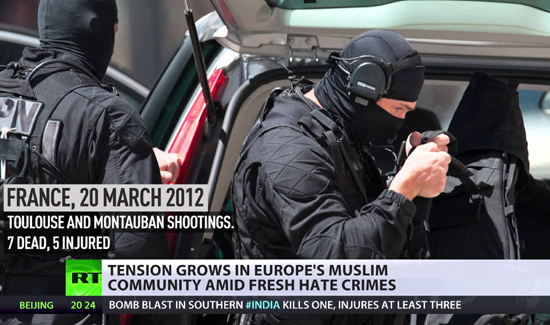 In the two weeks since Donald Trump’s stunning victory over Hillary Clinton in the presidential election, hundreds of acts of harassment and intimidation aimed at supporters of both candidates have been reported around the country. In response, New York Gov. Andrew Cuomo created a special police unit to address the “explosion” of hate crimes in the state.

“The ugly political discourse of the election did not end on Election Day,” Cuomo said on Sunday at a church in Harlem. “In many ways, it has gotten worse.”

According to the Southern Poverty Law Center, there have been more than 700 incidents of “hateful harassment,” including more than 40 in New York state alone.

“I wish I could say our beautiful state of New York was immune from this poison, but it’s not,” Cuomo said. “If you sow fear, you reap hysteria. If you sow divisiveness, you reap anarchy, and we are seeing that today.”

A toll-free hotline that allows New York residents to report incidents of bias and discrimination has received more than 400 calls since its launch on Friday, according to Cuomo’s office.

“This election season vented and fostered people’s anger, and no doubt that the anger is real and it comes with good cause,” Cuomo continued. “This fear and this anger — misdirected — seeks an enemy. It seeks a target, and that target has become people who we see as different than ourselves — people who look different, who have a different skin color, a different religion, a different sexuality, and they have become a target for this anger. But demonizing our differences injects a social poison into the fabric of our nation.”