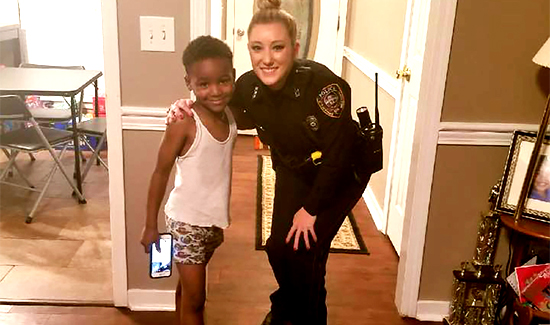 Thanks to a precious five-year-old in Mississippi, the Grinch won’t be stealing Christmas this year.

The kid was apparently watching How the Grinch Stole Christmas, at home on his smartphone when he decided to call 911 and let the cops know there was a thief on the loose. “My mom said, ‘Boy, whatever. You better not have.’ We just didn’t pay him any attention,” Graves says.

In the 911 call, obtained by ABC News, Tylon can be heard saying, “I just want to tell you something. Watch for that little Grinch. Because the Grinch is gonna steal Christmas, okay?”