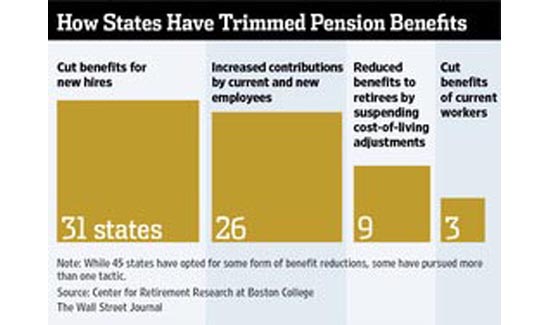 According to Josh Sanger in a recent posting on the website “The Progressive Cynic,” efforts to address budget problems are being steered into cuts for programs that benefit the most vulnerable Americans, while the wealthy remain largely untouched.

Sanger writes: “Instead of increasing taxes on the wealthy and corporations—two groups which have secured the largest economic gains in recent years—corporate tax rates are being cut and dramatic austerity has been suggested to compensate for budget deficits.

“Of the suggested austerity measures that have been suggested in recent years, one particularly odious tactic is to raid public-sector pensions in order to cut costs. These potential raids on public sector pensions threaten to decrease the effectiveness of future pensions and even eviscerate benefits for those already retired.”