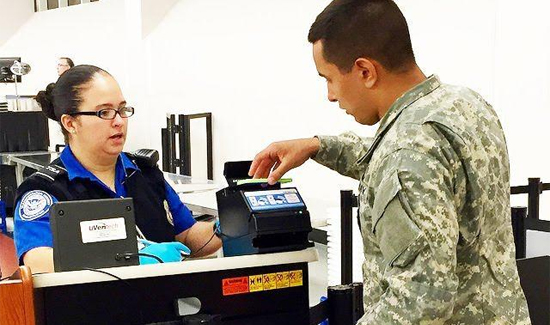 Where is the District of Columbia? If you said “I think it’s near Virginia and Maryland,” give yourself a pat on the back.

No one expects the thousands of crotch grabbing, iPad breaking, and shampoo measuring employees of the Transportation Security Administration to be rocket scientists.

Yeah- that’s right, a bunch of D.C. residents got held up at the airports due to the fact that many TSA agents saw “District of Columbia” on people’s driver’s licenses and apparently thought it was another country.

“As I’m sure you can imagine,” D.C. congresswoman Eleanor Holmes Norton wrote in a letter to the TSA brass, “it can be humiliating for a U.S. citizen to be delayed because a federal government employee does not recognize the name of the District of Columbia.” What is this unexposed looking film stuff sir?

“TSA will continue to work with Congresswoman Holmes Norton about her concerns and reminders have been distributed to officers,” A TSDA spokesman said.

But you can’t really “remind” someone of something they never knew so if you’re from D.C. and flying maybe bring the passport. They can tell what that is because of the color.