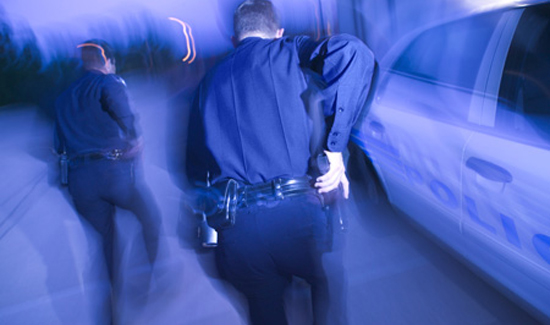 By all accounts, Dallas Police Department’s pension fund is in a bad way. Rumors that the fund could become insolvent are rampant and there have been scores of retirements including the Chief, David Brown, and the president of the union, Ron Pinkston.

The crisis comes as the Dallas Police Department negotiates with City Hall to raise pay and build its ranks, which union leaders say have been depleted by low pay and poor working conditions. There are currently 3,355 officers in a department that once had 3,600.

Problems with the Dallas Police and Fire Pension system have been simmering for years and were coming to a head when the July 7 sniper attack temporarily united the city. But, in recent weeks, the pension crisis has boiled up again because of fears about the system’s viability and pleas for calm from fund administrators.

“I wanted to make sure that I was able to move it and get it invested somewhere safe,” the outgoing president of the Dallas Police Association, Ron Pinkston, told local TV. “I don’t know anything anybody else doesn’t know that has been doing their homework. And hopefully everybody that’s in my position, that’s thinking about it, is doing their homework, is checking their numbers.”

In a statement, Pinkston also accused city leaders of “running off talented officers” with bad pay and benefits and warned that “Dallas is on a dangerous path toward a future marred with fear and violence.”

The police and fire pension fund spent almost a decade basing its financial health on artificially inflated asset values from risky real estate investments, according to its executive director. After devaluing those assets to reflect actual worth, the plan is about 45 percent funded and projected to run out of money in less than 15 years, Texas Pension Review Board numbers show.

Defined Benefit plans have always been a lie.
Defined Contribution works – it’s YOURS and no one else can mess with it.
401k, HSA.