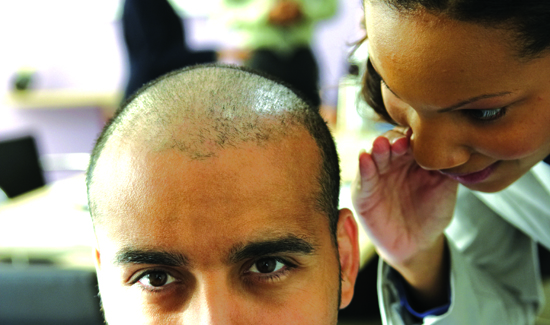 Most people don’t have sex at work.

But a Dallas cop says he saw a female Sr. Cpl. doing just that with another officer at Dallas Police Headquarters.

After an internal investigation, the alleged horndogs—Sr. Cpl. Vikki Hodge-Lawson and Sr. Cpl. Greg Lowe—were both cleared because investigators had little evidence besides the word of the accusing officer, who said he walked in on them.

“I want [him] and any other officers involved in this accusation to be held accountable for intentionally giving false accusations against me or possibly forwarded to Public Integrity for criminal charges,” Sr. Cpl. Vikki Hodge-Lawson told investigators.

You have to read the article to believe it.

Apparently, both Hodge-Lawson and Lowe have ties to Dallas Police Chief David Brown.

Brown is not very popular with the rank and file, according to the local police union.