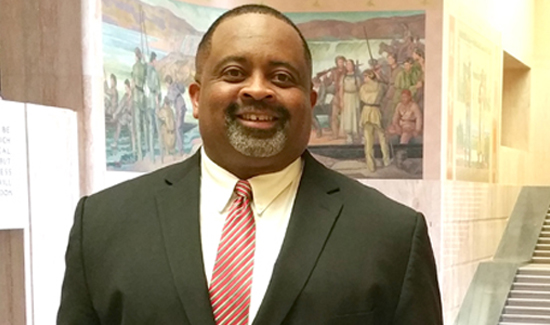 In the wake of protests and demonstrations of unity at NFL games and the President’s fueling the controversy, a new police organization, created to break down barriers between law enforcement and the communities they serve, is calling for a real discussion to solve the issues being raised. The United Coalition of Public Safety (UCOPS) (https://ucops.org/) is working on behalf of law enforcement officers and the communities they serve nationwide to shape strong partnerships and break down communication barriers. We are building trust through active engagement, honest dialogue, education, and outreach. Police officers respect the right of all citizens to protest and express their views and grievances through peaceful demonstrations. In fact, on a daily basis, police officers, in cities large and small, ensure that protesters can exercise their free speech safely. Our First Amendment rights are fundamental to who we are as a nation and a hallmark of our liberty.

It is time we stop pointing fingers and fueling division, issuing threats, and denigrating those exercising their opinions. If we don’t start talking with each other, rather than talking past each other, we will never solve issues facing our communities and police forces. Without a constructive dialogue and mutual respect, we will never understand the roles and responsibilities we all need to play to live safely together in a democratic and safe community.

UCOPS is committed to being the facilitator of a national round table discussion where we can open the door to better understanding and start the process of finding solutions. We respect those who have demonstrated and we are impressed by the solidarity shown by NFL players, owners, and other athletes to defend the rights of individuals who express their views.

It is now time to turn these prominent protests into action by participating in an open and thoughtful dialogue. By sitting down and talking together about the underlying causes of conflicts and misunderstanding within our communities we can create greater understanding locally and nationally. We can bridge divides, address disaffection, and forge safer and better communities.

Daryl Turner is president of the Portland Police Association and the United Coalition of Public Safety (UCOPS).