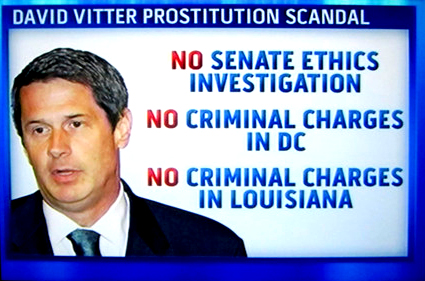 One of the guys running for governor of Louisiana is named David Vitter.

Vitter’s got some rather large bones in his closet involving a relationship with a prostitute and other controversies.

Apparently, Vitter decided to pursue a political strategy known as “Rat-f#@king,” and hired a private eye to dig up dirt on real or perceived enemies.

But there’s a problem. There’s very little in the way of background on Vitter’s attack-dog P.I., but according to a local sheriff and multiple media accounts, the kid might be the worst private dick that ever lived.

The thing about subterfuge is it takes a cool head and some practice.

The kid Vitter hired to fill up the files on those individuals named on his enemies list has neither.

It’s always sad when someone’s too incompetent to pull of a job that largely consists of basic photography and eating bad take-out while sitting in a car for six hours waiting for the target to leave the residence.