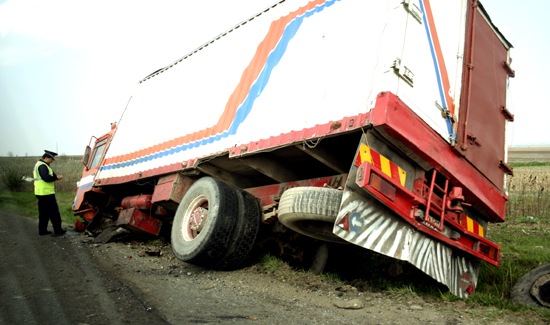 According to WOSU in Ohio, Columbus police and local tow companies want to reduce roadside hazards for tow truck operators with more enforcement of ‘move over’ laws. But that’s going to require some funding.

James and Jack Carpenter both drove tow trucks in the Columbus area for more than 20 years.

Sadly 54 year old James is now mourning the loss of his older brother. Jack Carpenter was killed while hooking a car by a distracted and or careless driver.

Readers of American Police Beat know that accidents on roads and highways are the main cause of line of duty deaths for police officers statistically. But not everyone is aware of the fact that tow truck drivers are frequently killed on the roads as well.

Jack Carpenter is just one of 21 tow truck drivers killed this year while on the job.

Cops and tow truck drivers face the same deadly threat when it comes to people that don’t pay attention at the wheel, or simply don’t care, when they go 70 miles per hour past damaged or disabled vehicles.

And the infuriating part is that despite the passage of “move over” laws that could help reduce accidents people don’t seem to be getting the message.

And they may not even realize that Ohio’s ‘Move Over’ law applies to tow trucks as well as police and fire vehicles.

“Tow trucks with operating yellow light are just as much a public vehicle as we are,” Smith told WOSU.

Vaughn Gobel at the Towing and Recovery Association of Ohio says one of the problems is enforcement.

“We could be working something, the cruiser’s there, we see the violation but he can’t leave the scene to go citate the person that just violated that ‘move over’ law because he’s tied up,” says Gobel.

Sergeant Smith says they plan to do something about the issue by using part of a $320-000 federal grant to boost enforcement of ‘move-over’ laws.

“We’ll have the officers out and about on the freeways and anywhere within the city who are there to address specific traffic enforcement problems. This being one of them, so we can assign them to work with tow trucks or our freeway service patrol and if we see the violation we can take the appropriate action,” Smith told reporters.

Vaughn says the danger is so high that many tow truck drivers choose to wait for police to show up to handle traffic control before getting out of their trucks to tow the vehicle or vehicles at an accident scene on a busy highway.