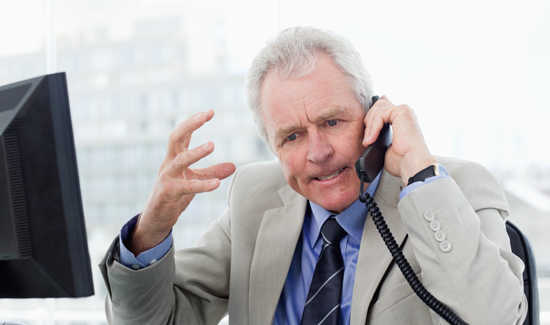 Sheriffs are elected officials. They run for office like other politicians.

So, when Lawrence County, Mississippi, Sheriff Joel Thames saw that one of his employees, Rich Huffstutler, had posted on Facebook encouraging people not to vote for a candidate who Thames’ considers a political ally, he texted Huffstutler and told him to delete the post.

“You have your right to your opinion in person, but as my employee you have gone t(oo) far by asking people to NOT VOTE for Ms. Fairburn. She is my friend and has a very large family that support me,” Thames’ text reads. “I want to be re-elected and I WILL NOT allow one employee to cost me support. I’ll be waiting to see the deletion.”

Huffstutler texted back that he would not delete the post.

“If you do not delete this, I will see you in the morning at my office! It is not Ms. Fairburn’s fought (fault),” the sheriff texted back. “The Principals are over each of their school(s). I have a written policy on any detrimental matter posted on social media.”

A bit of a showdown the next morning at the office.

There is audiotape of the exchange, but it’s kind of hard to make out what’s being said.

Anyway, the whole beef appears to be related to strong feelings about the Pledge of Allegiance and the American flag.

It would help an AWFUL lot if Sheriffs read and/or framed the “Bill of Rights”. The deputy does have freedom of speech and the Sheriff did sound a tad threatening. Hollow threat in my opinion. thanks for the email. Please give the uniformed guys and dolls “Too many books of passed legislation” to read. Sheriff Joe Arpaio and all law enforcement is up against federal profiling legislation as if they haven’t got ENOUGH trouble. Getting it repealed is no doubt a valid goal.

Freedom of speech does not protect you from your employer firing you about your opinion. This does include state, county, and local city employees. He may leave the post up and depending on civil service rules, lose his job. FREE SPEECH does not exist without restrictions.