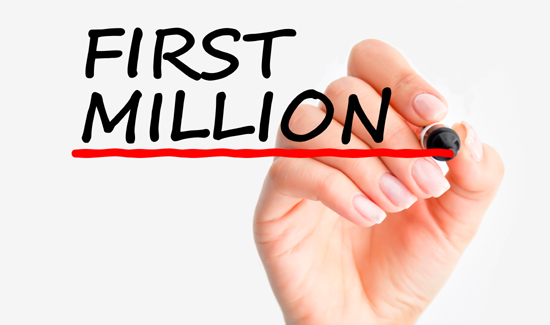 Much like his potential new boss, Milwaukee County Sheriff David Clarke is nothing if not a showman.

The darling of FOX News in the post Arpaio-era, Clarke frequently makes headlines using colorful language that is long on emotion and short on details.

Despite the fact that there have been a rather large number of in-custody deaths at the Milwaukee County Jail that Clarke runs, he appears to be a top contender for cabinet position in the Trump administration.

Clarke, like Trump, believes that powers that be have been too “soft on terrorism.”

We obviously aren’t spending enough money on the effort at a paltry trillion or two per year.

So he has a plan for all those un-American types he so despises.

Clarke, who has said he believes Black Lives Matter is a terrorist organization, recently said he also believes that there are probably a million ISIS sympathizers in the USA currently.

So he’s going to send them all to Gitmo.

Does the DHS Sec. have any such lawful authority to do so?

Does Gitmo have enough room? Is any of this even thought out beyond links from Infowars and tweets from clueless civilians?

It appears these real considerations are secondary.

What’s important now is not the “real” but the “feels,” as the kids on the Web say these days.

At any rate, the folks at CIA, NSA, DIA, FBI, DoD, and a host of other agencies might want to get some beds and feeding tubes ready.

Maybe even a million of them.

Clarke’s like Trump—you love him for his bravado and simplicity, or you hate him for the same.

His fans no doubt believe he’s up to any task at all.

His critics suggest a guy that spends that much time trying to get media attention might have a little too much on his plate to do much of anything else.

“This guy, who spends more time chasing media appearances than doing his job, has no business anywhere close to a job with responsibility for protecting national security,” said Scot Ross, of liberal advocacy group One Wisconsin Now to the Sentinel.

As a (disability-retired) police officer, I’m shocked that APB would put out a political smear job on the good Sheriff. The writer seems to bear a grudge against “all things Trumpian,” for instance, using snide comparisons between Clark and painting him with allegations the Left has made against Teump himself over the past 2 years. Your message is politics, not betterment of the profession. You don’t post the writer’s name, and that’s probably good because Clark and Trump will surely ship him/her to GOTMO, you know how they are.

Despite what you think of Sheriff Clarke this is a smear job. I’m not the biggest fan of him and his grandstanding as a sitting sheriff but this is pure smut. I have always APB’s view on topics in the law enforcement industry and after bumming off of other officer’s issues to read APB I finally got my first subscription to APB this year but I truly might reconsider my subscription after pieces like this. It would have been different if it was an outside opinion piece (which would still be deplorable to publish) but the fact that this came from the publication’s editorial board (I’m assuming since the author is showing APB) goes to show that this publication is not as dedicated to the law enforcement community as I thought.