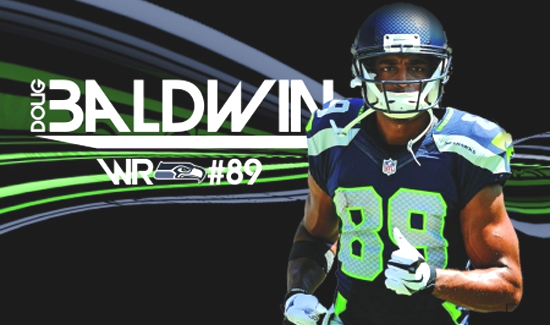 Seattle Seahawks wide receiver Doug Baldwin was a senior in high school when police pulled him over one day near his home in Gulf Breeze, Florida.

Baldwin, the son of a police officer, had done nothing wrong, but he knew how to react and was prepared for the situation.

Doug Baldwin Sr. served 35 years in the Pensacola Police Department and later worked for the Department of Homeland Security. He is well aware of how confrontations with police can go wrong and had laid out a specific plan for his sons to follow whenever they were approached by law enforcement.

“Regardless of what the situation may be when he’s stopped, whether he feels like he is right or wrong, compliance is the key,” Baldwin Sr. said. “Always comply with what the officer tells you to do. Make sure that your compliance is visible, and articulate it to the point where there’s no doubt that you’re doing anything other than being compliant and that you’re able to come home the next day or that day or that night and be able to tell me the circumstances so we can go from there. … You never know what information that officer has at the time or doesn’t have.”

Baldwin has spearheaded the Seahawks’ “Building Bridges” campaign which aims to bridge the gap between police officers and the communities they serve. He has demanded that attorney generals from all 50 states review their training policies and “eliminate militaristic cultures while putting a higher emphasis on de-escalation tactics and crisis management measures.”

Already this season, Baldwin has hosted a meeting with Seattle police officers at the Seahawks’ practice facility. And he has the backing of Washington’s state attorney general.

Baldwin has his dad’s support, too.

Growing up, Baldwin Jr. saw the fun side of being a police officer. He would go down to the station to hang out with his dad, or tag along on trips to the training facility and go through some of the digital courses they had set up.

But he didn’t know that when his dad left for work, he was often working undercover in narcotics. He was always a little worried, but Baldwin Jr. didn’t know the degree to which his dad was putting his life in danger on a daily basis.

“Back then, I kept that away from Doug as much as possible,” Baldwin Sr. said. “What I told Doug as a kid is this is something that dad has to do to make his life and the lives of others better. And my son was always proud of me being a police officer. He was only exposed to the good nature of the job.”

3 shots rang out, the killers fled, eating up the concrete.

3 shots rang out, a crowd appeared as if it were a track meet

3 shots rang out, a cop lies dead, the crowd knows
nothing of it

3 shots rang out, as passersby thought themselves above it

3 more shots. Into the crowd, and everyone is screaming

The cop now has a meaning