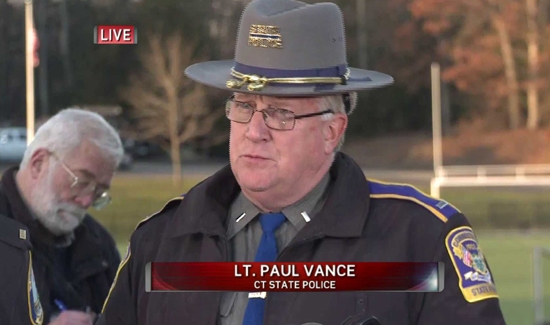 From WTNH in Connecticut:

“There will be a new voice for the Connecticut State Police. Lieutenant J. Paul Vance, the media relations commander, has been abruptly reassigned to traffic. He is, without a doubt, the highest profile police officer in Connecticut, gaining national and even international attention as the face of the tragedy at Sandy Hook in 2012.”

Why the reassignment? Who knows?

What is clear is that the two unions representing Connecticut State Police employees don’t exactly see eye to eye on this deal.

A letter put out by one of the unions actually raises more questions than it answers.