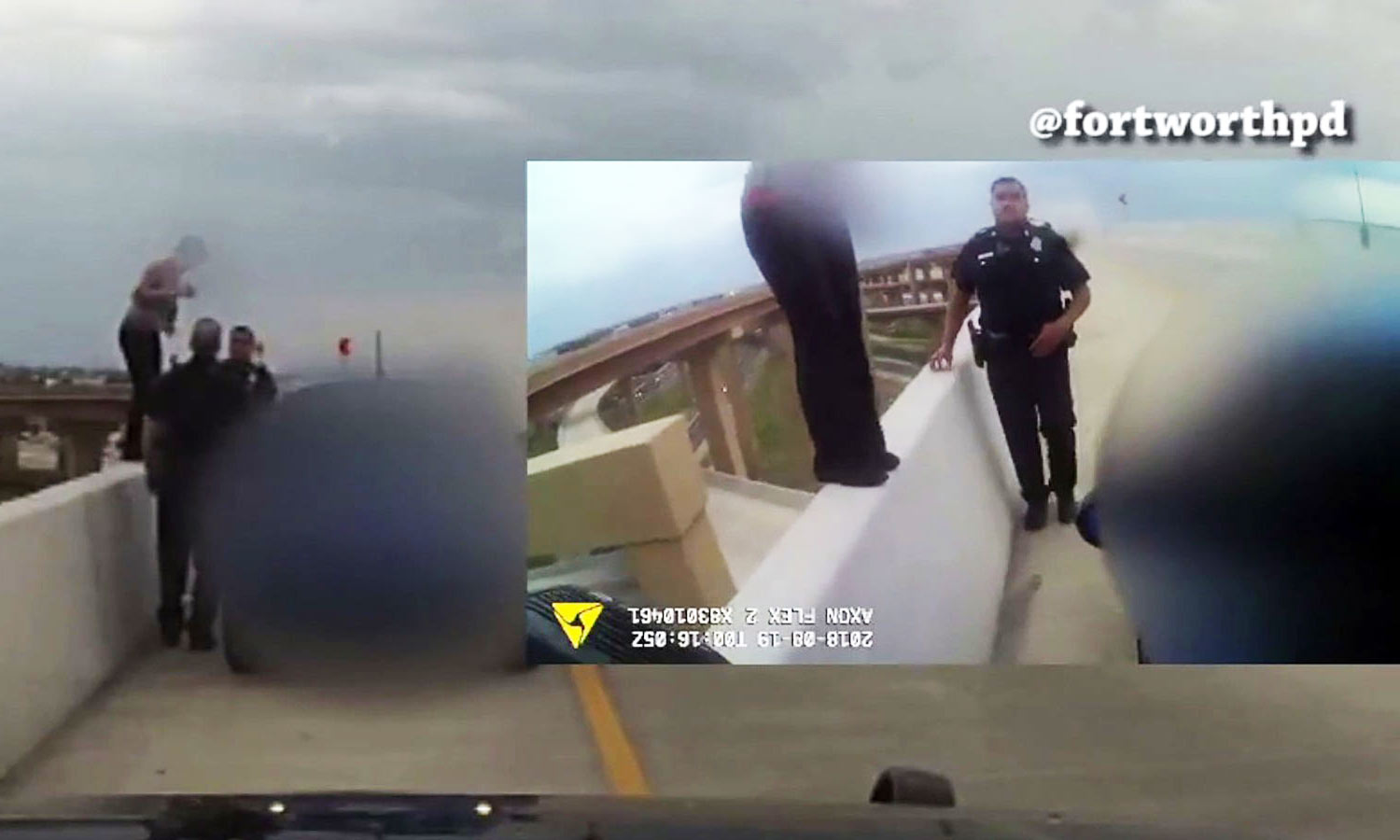 Two Texas police officers are being praised for rescuing a woman who almost jumped from an overpass on Saturday.

In a dramatic video captured by Fort Worth Police, two cops responding to a call about a possibly suicidal person arrive to see a woman climbing atop the edge of a highway bridge.

“Don’t do it!” both officers yell as they exit their vehicles and slowly approach.

“What’s your name?” one officer asks.

“It doesn’t matter,” the woman responds.

“It does matter,” the cop says.

The two officers steadily make there a way to opposite sides of the woman, asking her to come down from the barrier.

“Just take care of my dogs, okay?” the woman says. “Everybody wants me dead so I’ll just die.”

“Nobody wants that,” the officer says, eventually moving close enough to rapidly pull the woman down from the dangerous edge.

The officers finally handcuff the woman and attempt to console her as more help arrives.

Since being posted online on Thursday, the video has been shared more than 3,000 times. Many viewers have praised the officers, Trae Cierzan and Justin Henry, for their compassion and professionalism.

In an interview with the Star-Telegram, both cops told the paper they were scared about the entire situation because it was windy and a storm was coming.