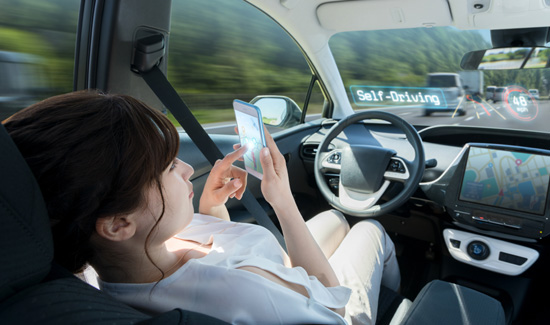 It will be a while, decades probably, before the driverless car takeover where robots and computers do the braking and the steering while the humans play Angry Birds on their tablets.

But when you start talking about automating the vast majority of the work that cops do, which is traffic enforcement, things start to speed up fast.

What they’re talking about now is an army of driverless police vehicles to enforce the rules of the road.

Some say the advantage of robots over cops is that humans are fallible.

“You will have fewer pretextual stops,” he said. “Once expectations are adjusted, you will have fewer issues with cops pulling over a car because they don’t look like they fit [in a neighborhood] or tailing a car for miles waiting for them to do something nominally wrong,” predicts Ian Adams, associate vice president of state affairs at the free-market R Street Institute.

In other words, he thinks if you take cops out of the picture

you get better results.