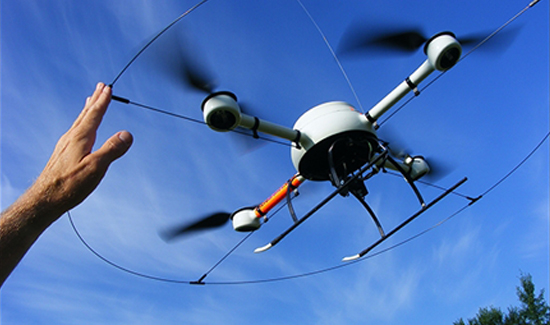 While drones—those small remote-control aircraft that are becoming increasingly popular among hobbyists—have not been used in a terrorist attack on American soil, thwarting them is increasingly becoming a challenge for law enforcement.

Just ask security officials at the White House, who earlier this week had a huge headache dealing with a drone landing on the lawn of America’s First Family. Officials have warned that the low-flying devices could be modified to carry explosives, chemicals, biological agents, guns, or cameras.

So, what can be done about drones, and how prevalent a threat are they? According to the New York Times, an analyst for the National Counterterrorism Center told a gathering of military, law enforcement and public utility officials in Arlington, Va., that extremist interest in “unmanned aircraft systems” had spiked recently.

“Efforts by terrorists to use drone technology are obviously a concern for N.C.T.C. and the intelligence community,” said a spokesman for the counterterrorism center, who requested anonymity to discuss security matters. “Our focus remains on identifying these threats and supporting those agencies who are responsible for countering them.”